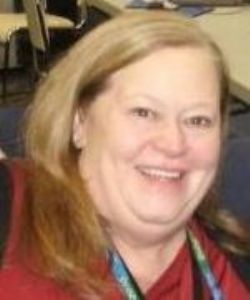 She was born on June 24, 1948 in Coco Solo, Panama, where her father was working on a construction project. Her parents were Theodor von Essen and Dorothy Oleta Baylis von Essen. Dorothy von Essen was the owner of the Five Points Pharmacy in Kerrville from 1949-1967.

Jeanee spent some of her childhood years in Kerrville but also spent some time living in Europe, including a period when her father was stationed there in the Army. She attended Tivy from 1962 to 1966. She was a member of the Antlerettes, acted in school plays and other local productions, and worked on the school newspaper.

By the time she finished her high school studies she knew she wanted journalism to be her career. She attended the University of Missouri because it has the oldest and one of the best schools of journalism in the country. As part of her studies she worked on the local newspaper operated by the school but eventually decided to concentrate on the broadcast news program within the journalism school. She also met Robert M. Horner, a fellow student, and they began dating seriously in their senior year. She graduated with a Bachelor's degree in Journalism in May of 1970.

Jeanee married Bob Horner on March 13, 1971, in St. Anthony's Catholic Church in his home town of Falls Church, VA. They spent their honeymoon on the Skyline Drive in Virginia as they traveled to Augusta, GA, where he was stationed in the Army.

Jeanee spent the next nine years deepening and broadening her journalism experience. She worked as a reporter for newspapers in Augusta, GA, Alexandria, VA and Casper, WY. She received a Master's Degree from the University of Wyoming. She worked for radio stations in Flint, MI, and Mobile, AL.

However, by far the most important thing in her life was the birth of her son Hugh Evan Horner, who arrived on May 5th, 1978 in Mobile, AL. He was to be her only child and she loved him dearly.

Her ''big break'' as a journalist came in January of 1980 when she moved to Atlanta to help launch the CNN network. She was the 12th person hired by CNN and played a major role in the success and development of that organization. She was the first Vice-President of International News and personally supervised the coverage of all major foreign news stories for CNN from its launch in 1980 until 1989. Much of CNN's early reputation was built on its foreign news coverage. Jeanee traveled frequently to the scene of major stories, and to form newsgathering alliances with other world broadcasters. She was a well-known force in international journalism in these years.

In 1990 she was hired by another major national news organization. She moved to Charlotte, NC, to help NBC News launch a new project known as the NBC News Channel. This unit provides news coverage and support to all of NBC's local television stations in the U.S. and its international partners. Once again she concentrated on the coverage of foreign news and on relationships with international broadcasters. For more than 25 years she led the coverage of every major foreign story. Based in large part on her contributions the NBC News Channel became recognized as the strongest organization of its kind in the television industry. She served in that capacity until her passing.

One of the greatest sources of happiness in her life arrived in this world on February 27, 2010, when her granddaughter Ruby was born to her son Hugh and his fiancée Lynn Galluscio in Rhinebeck, NY. Ruby and Jeanee spent many happy times together over the past six years.

She had a sharp intellect and a devotion to the craft of journalism. She had a wonderful smile and a great sense of humor. She loved the outdoors. She loved cooking and food culture. She cared about other people and always made it a point to ask about the family members of her co-workers and friends. She had a warm, rich voice and a great way with a song. She regularly sang solos at St. Peter's Episcopal Church, where she and her family attended, but also visited other churches in town to sing. She was a loving, wonderful mother who was thrilled to become a loving, wonderful grandmother. And she was the best thing to ever happen to her husband Bob, who knows how lucky he is to have had 45 years of marriage with her.