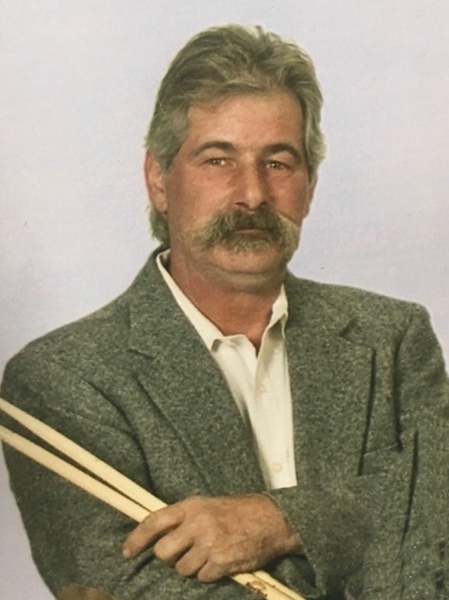 Jeff was the consummate drummer/percussionist who was also a crooner. His musical interpretations included the Motown sound, 70’s rock ‘n roll, jazz, blues even Texas country. He was known for putting his heart and soul into his music and his favorite gig was playing for seniors in residential care communities.

Life was not complicated for Jeff. He saw things as they were and expressed them as such. It was not the Internet that captivated him; it was the beauty of a gnarled slice of a mesquite tree or the soul-rendering sound of a blues song that touched him. He could evoke a grimace or two with unseemly remarks, but they were never mean spirited. Subtlety was not one of Jeff’s virtues nor was pretension one of his vices.  He had a big heart as he often expressed genuine empathy for friends who were suffering and if you earned his respect, you knew it and treasured it. He possessed that rare talent of being a good listener. Jeff was Jeff and as the song goes,  “He was what he was and he wasn’t what he wasn’t.”

He is survived by his loving wife, Janice Ballard, and his Michigan family – Daughter Aimee Cemazar and husband Glen, granddaughter Paige Perrin, grandson Chase Cemazar, four great grandchildren and his brother, Dean Mc Carrick.  Special recognition to Michele Smith and Ronnie Holcomb for their passionate care during his transition.

In honor of Jeff’s memory, donations may be made to the Texas Heritage Music Foundation, PO Box 2435, Fredericksburg TX 78624 or Paypal: secretary.thmf @gmail.com to continue his love of taking the power of music to nursing homes, assisted living facilities and the Kerrville VA Hospital.

Services will be held at a later date.

To order memorial trees or send flowers to the family in memory of Jeffery Ballard, please visit our flower store.