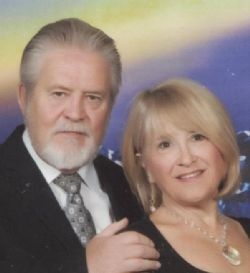 Jeffrey was born February 20, 1943 in Detroit, Michigan to Joseph Donald and Gertrude Louise Shotts.
Jeff grew up in Chicago, Illinois, and graduated High School in 1961. After graduation he enlisted in the Navy in 1961, served 28 years, and retired as Command Career Counselor of Balboa Naval Hospital in San Diego, California. He moved to Kerrville in 1988 where he worked for the VA Hospital for 18 years.

Jeff liked to travel by sea with his wife, Christine, and had dreams to go again. He was loved by all, a patriot who honored God, country and family. Jeff was a man of his word and a faithful provider who never knew a stranger, and thought he was funnier then he actually was.
One of Jeff's favorite quotes was "Five minutes early is ten minutes late."

Jeff was preceded in death by his two brothers, Thomas and Forrest Shotts; and his first wife, Patricia Shotts.

In lieu of floral contributions, the family requests that donations be made to the VA Volunteer Funds or the Pregnancy Resource Center, 704 Jefferson St. Kerrville TX, 78028.

Recitation of the Holy Rosary will be held 5 PM, Thursday, December 8, 2016 at Kerrville Funeral Home.