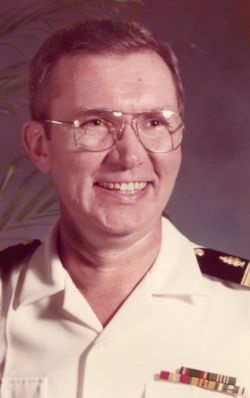 He was born on March 8, 1937 at home on the family farm in Stockport, Iowa to parents, Frank W. Lane and Artie L. (Buerkens) Lane. He attended school in Stockport through the 12th grade, and played baseball. Coach ordered ''Lefty'' to shoulder his bat and take the base. Jerry also played drums in the high school band, and discovered he had a natural ability in wood shop class.

Jerry helped his dad on the family farm. When he went to college his dad finally bought electric milking machines, saying his milking machine went away to college. Jerry met the love of his life, Norina (Norma) Jean Pease at the University of Iowa. Jerry and Norma were married December 7, 1958 and started a family raising two daughters. Later, Jerry graduated with his Dental Degree.

Jerry joined the Navy in 1963 to see the world. Their journey started in Great Lakes, Illinois, continued to Japan, and California. This was followed by two tours on the world's greatest aircraft carrier, the USS Enterprise CVAN-65 then to NAS Lemoore in central California, then Aloha Hawaii. His last duty station was NAS Memphis in TN.

During these adventures the family enjoyed camping, fishing, and hunting. Jerry also enjoyed square dancing, site seeing and his race car. Retirement led him and his wife, Norina to the beautiful Hill Country of Texas. He became very active in Emmaus, working with the Red Cross, and Class Car & Methodist Camping Clubs. Jerry is a Veteran of the Vietnam War. He was loved very much and will be missed greatly by family and friends.

He is preceded in death by his parents, Frank and Artie Lane.

Funeral Services will be held on Monday, June 24, 2019 at 2PM in the main chapel at Kerrville Funeral Home, 1221 Junction Highway, Kerrville, TX 78028 with Pastor Kevin Portwood officiating the service. A visitation will take place one hour prior to services.

Interment will take place at a later date at Fort Sam National Cemetery in San Antonio.