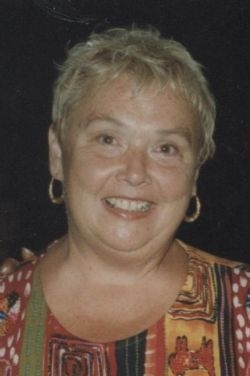 Jill was born on December 14, 1940, at Michael Reese Hospital in Chicago, IL to Mildred Gostow and Raymond Sanders. Her father Ray Sanders enlisted in World War II before she was born, so the first time she met her father she was three years old. She grew up in several places including, Chicago, IL; Flippin, AR; Springfield, MO and Mountain Home, AR.
After World War II, her family decided to move to the Ozarks, Bull Shoals, AR, and start a new business, a rural telephone company. Jill attended elementary school and high school in Arkansas and Missouri.

After attending Arkansas State for a couple years, she decided to move to Chicago and work for an advertising company.
She met her husband, Mike on a blind date. Mike was from Hungary and came to the United States during the Hungarian Revolution of 1956. The two fell in love, were married April 17, 1965, in Cook County and had two children together. Jill became a Certified Nursing Aide at a hospital and nursing home. She was also a caregiver in the private healthcare industry.

In 1995, after her husband passed away, she decided to move to Kerrville, TX. She selected Kerrville for its beauty, warm weather and the ability to ride horses on her ranch. It was a perfect retirement location for her. Some of her favorite activities included horseback riding, gardening, camping and cooking. She loved to play games and travel.

She is preceded in death by her parents, Ray and Mildred Sanders and her husband, Mike Horvath.

The family would like to extend a special Thanks to the staff at Villagio Senior Living in Kerrville and for her caregiver Delores.

A memorial service will be held in the main chapel at Kerrville Funeral Home, Saturday, March 30th at 11 AM.