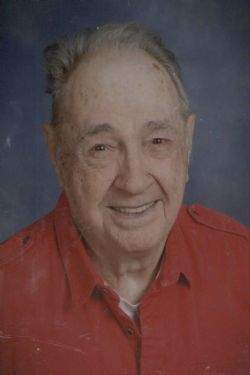 
Joe Cambron Smith was born in a rural area of West Helena, Arkansas. His dad was a timber estimator/logger and mother were busy with thirteen children, of whom only three brothers and two sisters survived past age four. The whole family traveled wherever work was. Joe was named after his maternal grandfather, Joe Cambron.

During the Great Depression, the family moved to Shreveport, Louisiana, where he stayed until finishing high school and enlisted in the Army Paratroppers during WWII, receiving a Purple Heart in the Battle of the Bulge. His family's worth ethic, love, closeness, and great sense of humor served him well. When one job ended, he quickly found work and invariably earned a leadership position. His respect for all he met, adaptability, intellect and openness served him well.
His pleasure was roller skating, becoming the first male medal holder in ballroom dancing on skates in Louisiana; he actually could do 51 such dances. His five children by his 15 year marriage to Arlene Dunham Burgess reflect their dad even today, sadly though she died in 2000.

He last worked in southern Louisiana; he in an oil field service for 17 years, where he met his wife, Gretchen. Honeymoon was in San Antonio and then they both discovered Kerrville, moving in 1991. Their marriage, and Joe's later retirement gave them many opportunities to travel the Hill Country, the U.S. and appreciate its beauty and good people.
As Comanche Indians, he and Gretchen made their own regalia and were honored to dance in the circle and participate in ceremonies in NM, TX and LA.

He enjoyed hobbies not feasible when raising children. His freehand work in miniature basswood furniture an intricate early sailing ships was matched by very detailed pen and ink pictures of varied subjects, especially eagles; and equally by strong watercolors and HO railroading. He seemed to try to continually exceed expectations.
Joe had always thought he was baptized; only in the mid 2000's did he learn he was not. Gretchen had the privilege of working with him so that he was baptized and they were married at the Notre Dame Church. He had always tried to live his life practicing the Faith in all he did.