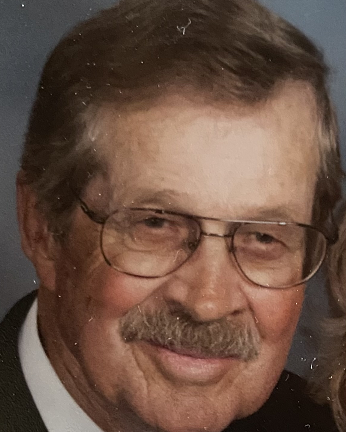 John Vinson, 89 years old, of Kerrville TX unexpectedly traveled to meet his heavenly father on Jan 3, 2023. He had traveled many placed in his life. He was born May 26, 1933, in Allen, Oklahoma. He attended school in Allen and met the love of his life, Judy Thomas, when he was a freshman in high school, and she was in 7th grade. They dated from then until they were married on Valentine’s Day in 1953. They had 4 boys, Johnny Brian Vinson, Joel Vinson, Jay Vinson, and Jimmy Robert Vinson. Two of these boys, Johnny Brian and Joel, proceeded John in death.

John worked for over 20 years at Suntide Refinery in Corpus Christi, Texas. From there he and his whole family traveled to Liberia, West Africa where he helped to build a refinery. The family lived there for almost 4 years. They then moved to Puerto Rico where he worked at a refinery in Yabacoa for Sun Oil. He then returned to Corpus Christi to work for a short while at Suntide Refinery. He then worked in Newcastle, Wyoming at Tesoro Refinery for several years. He and his family traveled from there to Chanute Kansas where he managed a refinery for about 4 years. He then traveled to Brownsville, TX  where he managed a gasoline plant. He traveled from there to LaBarge, Wyoming where he managed a small refinery for about 2 years. This refinery closed and he traveled to Colorado to a mountain near Gardner, Colorado Where he worked for British Petroleum producing CO2 gas. He worked there for about 10 years.

He retired in Kerrville in 1996. He worked some as a consultant in Colorado, Venezuela and Ecuador. Judy was able to travel to visit him in those places. They also traveled to Spain to visit friends and many other places. He had a long and happy life.

He had a passion for golf and might hold the record in post-retirement rounds of golf played. He played and enjoyed very much his time with “The Mulligans“ at Schreiner golf course. He played 2 or 3 times each week right up until his death. He walked 18 holes until 2 years ago.

There will be a very casual Celebration of Life at Kerrville Funeral Home on Wednesday, January 11, at 11 am. In lieu of flowers please donate to your favorite charity.

To order memorial trees or send flowers to the family in memory of John Vinson, please visit our flower store.