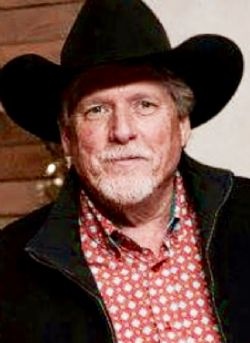 
Joseph Patrick Winstead, 59, of Hallettsville, TX and formerly of Corpus Christi, TX passed from this life in a tragic car accident on Thursday, November 17, 2016 in Sonora, TX. J.P. was born May 21, 1957 in Snyder, TX to Harold Jerome and Tommie Jean (Green) Winstead.

J.P. was first and foremost a family man, in every shape and form possible. From being a loving son, grandson, sibling, husband, father, grandfather and friend to more than could be imagined. The helping hand that he extended to those whom he felt needed help, guidance, or to just lend an ear, will have a lasting legacy that no one will forget. J.P. married the love of his life, Rhonda Elaine Dolejsi on November 5, 1999 in Lake Tahoe, Nevada.

Many knew Joseph Patrick Winstead to wear an abundance of hats, some knew him as J.P., some knew him as Pat, but under every hat was the same common denominator, it was just about living and doing what you loved. He was an avid hunter and fisherman, who had the rare opportunity to enjoy these activities worldwide. J.P. was one whom, if he wanted to do something, somehow, he was going to accomplish it-- from racing cars, to becoming a pilot and owning planes (with the Falcon jet being his favorite), or riding Harley's with friends and family, the list could go on forever. He had always dreamed of owning at least one of all the childhood cars that meant something to him growing up. Over the past few years he was able to surpass that dream and collect all the classic cars of his past, and a few that he just thought were cool. Each and every hobby always came full circle, back to his first love, family and friends. There is not one of these accomplishments or hobbies that he would have remotely enjoyed if he couldn't share it with those closest to him. He did everything in his power to make sure that happened.

J.P.'s known presence in the business world is not something that any of us can ignore. He was involved early in his life with the family business, Winstead's Man Shop. He was an accomplished salesman with MoorMan's feed early in his career, to becoming VP of Sales and Marketing with C&J Energy and being part of the bell ringing at NYCSE for the IPO, the day C&J Energy went Public. He was an entrepreneur, having started and owned many businesses throughout his lifetime including, but not limited to, Sundance Cattle Company, Sundance Services, and Texas Southern Crane. His most recent ventures included restaurants and helping his daughter open a bakery in Hallettsville.

J.P. is preceded in death by his parents; a son, Wyatt Winstead; and a brother, Michael Winstead.

Those left to cherish his memory are his wife, Rhonda Elaine Dolejsi Winstead; his father in law Roger Dolejsi; his children, Joey (Ashley), Jason (Emily), Jeremy, Cody (Shantay), Haley, Tatum, and Baron; grandchildren, Chloe, Hadley, Ava, Dalaney, Larissa, Lynnea, and Jaxson; Siblings, Bob (Dianna), Bill (Kathy), Mary Kay Sheehan (Michael B.), John Winstead (Kim); as well as many nieces, nephews, cousins and other family members who he cherished greatly. His many friends around the country will also miss his presence.

A time of reflection and visitation will be held at 6 PM, Monday, November 21, 2016 at Most Precious Blood Catholic Church, 3502 Saratoga Blvd., Corpus Christi, TX 78415. Recitation of the Holy Rosary will begin at 7 PM, following the visitation with Deacon David Castillo as officiant.

For those who wish to leave a lasting memorial, Pat had a passion for the Wyatt Everett Winstead Foundation, of which was started after the loss of their son. Memorial contributions may be made in Pat's memory to the foundation at P.O. Box 1493, Bellville, TX 77418