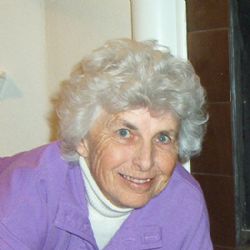 Married for 38 years to George Hart Stephenson, a career Air Force pilot who preceded her in death, Judy and her children followed him to many stations in the U.S. and overseas. Judy was a career Civil Service employee, working for the Department of the Army and Department of the Air Force at various military installations; service totaled 31 years, 26 of those years at Randolph Air Force Base, San Antonio, Texas. After retirement, Judy worked for eight years in the library of Schreiner University, Kerrville, Texas, also often volunteering at the Dorsey Museum at the YMCA of the Rockies.

A Memorial Service will be held in the Main Chapel of Kerrville Funeral Home, 1221 Junction Highway, Kerrville, Texas 78028 on Wednesday, December 20, 2017 at 2 PM with Deacon Charles Domingues, officiating.