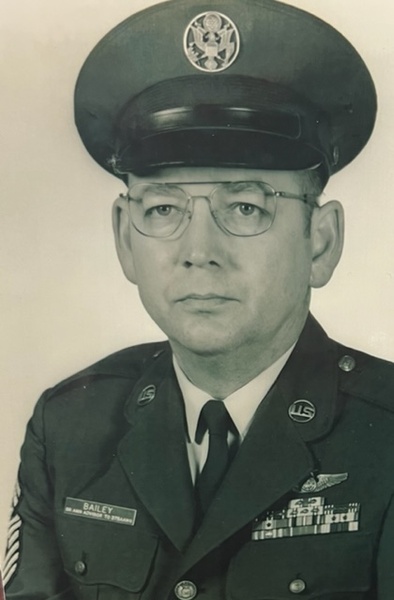 Julian was married for 66 years and had a close, loving relationship with his wife Mary Bailey.  Julian is survived by his wife and four sons Michael, Steven, Adam, and David.

Julian was born on September 2, 1930 in Waycross, Georgia. He enlisted the Army Air Corp in 1947 at the age of 16 and retired from the United States Air Force in 1977.  He served his country for 30 years during the Korean and Vietnam wars.  Julian’s tours included the remote Alaskan Aleutian Islands, Germany, and Okinawa.  Julian and Mary raised their four sons in multiple locations throughout the world.

After retirement from the Air Force, Julian had with a second career in the industrial safety field.  He worked multiple sites in Louisiana and Texas including tours on pipe laying barges in the Gulf of Mexico providing safety and emergency medical service.

Julian had a close with relationship with his four sons.  They enjoyed camping, guns, books, and football games.  His sons will miss him.

Julian enjoyed his retirement years.  Julian and Mary traveled for several years visiting national parks and historical sites throughout the United States.   He was an avid reader and he enjoyed attending the Kerrville gun shows.  Julian was active member of the Kerrville Masonic Lodge.  He taught Masonic classes for many years.

A graveside service was held on May 16, 2022 at the Garden of Memories in Kerrville.  Memorial donations may be offered to the charity of your choice in lieu of flowers.

To order memorial trees or send flowers to the family in memory of Julian C. Bailey, please visit our flower store.
Send a Sympathy Card