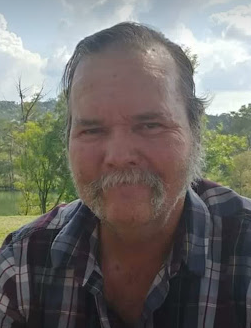 Karil Neal, 68, of Kerrville passed away on Saturday, September 4th. 2021. He was born at home in Kerrville on February 23rd, 1953, to Lee & Thelma Neal. He is survived by his wife; Janet, his daughter; Katie Neal with Philip Uribe of Kerrville, his son; Jeff Neal of S. Korea, his youngest and dependent son; Karl, and his eldest son; Randall Neal of Mountain Home, his siblings; Linda with her husband Earl Sevey, Ronnie Neal with his wife Vickie, Tony Neal, and Cathy with her husband Dee Smith; all of Ingram.  He is preceded in death by both parents; Lee & Thelma Neal, a grandson; Cole Neal, daughter-in-law; Wendy Neal, nephews; Anthony Neal, and Toby Neal, uncles: Job, Philip, and Pete Wilson, aunt and uncle Mary and Leroy Neal, and uncle James Morris, and a sister-in-law; Gail Neal.

Karil was raised in the Christian faith, he worked hard alongside his dad, uncles, and his younger brothers pouring concrete and building homes for the family business; Neal Construction. Karil acquired the business working under general contractors; Harrold Bryant, Ron Imel, Chris Coffee, and many others, as well as for himself all around the hill country up until an injury last year.  Karil was known as a gentle giant of the faith giving to many ministries and helping the needy.

He enjoyed going to garage sales, going on country drives, eating out, playing dominos with his wife, sitting with her and watching westerns. He was very proud of his eldest son who served as a Marine, and his second eldest son who is an active duty Airman, his fun loving daughter that was instrumental in helping him with technical needs and her relief care of his youngest son who has Down Syndrome who was the Joy of his life.

The family expresses their deepest gratitude to his devoted brother; Tony Neal, his clients, and friends; Lee & Kathleen Rose of Kerrville, Bill Scott of Mountain Home, for their kindness and support, his doctor; John Ramsey of Cornerstone Clinic of Fredericksburg for his care, his neighbor; Ernie Taylor that checked in on him, and long term friend; Charlie Burgin that called and visited him in the hospital, and to all the many believers, friends, and family that have reached out to us.

Due to these challenging times there will be no service. Since he worked with wood, the family plans to plant a pine tree with his ashes this Christmas.

To order memorial trees or send flowers to the family in memory of Karil Neal, please visit our flower store.