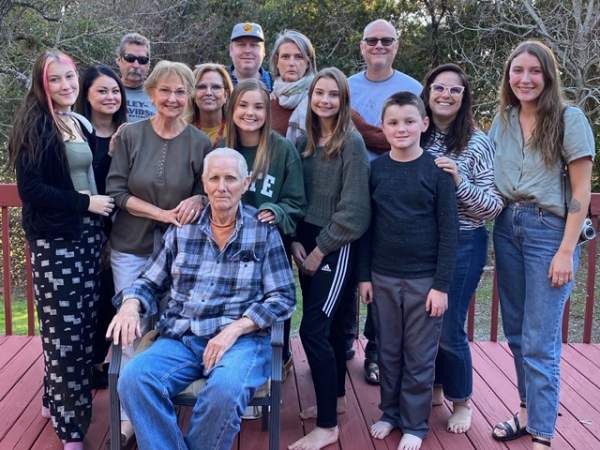 Kenneth Jan King, 83, of Kerrville, TX passed from this life on Thursday, August 20, 2020 surrounded by his family.

He was born on April 5, 1937 in Fort Worth, Texas to parents, Gradie and Bootsie Warwick King.

Kenneth moved to Houston, TX when his father was transferred for work when he was a junior in high school, and quickly made new friends when he joined the basketball team.  He went on to make the Houston All City Basketball Team while at San Jacinto High School.

Ken met the love of his life, his high school sweetheart Kathy, when she was 17 and he was 19.  They married in 1967 and had two children; their son, Stephen and daughter, Terri.  Ken and Kathy retired to Leakey, TX in 1993 and later moved to Kerrville. They were married 62 beautiful years.

He is preceded in death by his parents, Gradie and Bootsie King; sister, Carol Lazarus and grandson Jamie Tipton.

A memorial service will be held at a later date.

In lieu of flowers contributions may be made to the Dietert Center www.dietertcenter.org.

To order memorial trees or send flowers to the family in memory of Kenneth King, please visit our flower store.