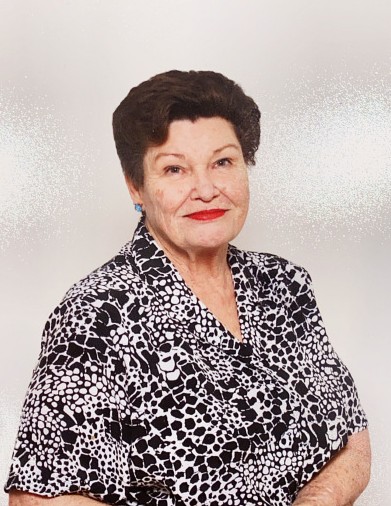 Lavon Windham, 77, passed from this life on November 13, 2020 in Ingram, Texas. She was born on December 22, 1942 in Hobbs, New Mexico to parents, James William and Margaret June (Searcy) Bailey.

Lavon’s family moved to Odessa, Texas when she was two years old, it was at that time she met the love of her life, Johnnie (John) Windham , he was three years old. They married on March 14, 1959 in Odessa at the age of sixteen. Two years later they started their family. Lavon worked in retail for many years; most people will remember her as “the sunglass lady” at the mall.  She loved her customers and they loved her. Lavon never met a stranger and always had advice and a giving heart for anyone in need. She was a member of the Eastern Star.

She is preceded in death by her parents, husband of fifty-nine years, Johnnie Windham and infant daughter, Salle Rebecca Windham.

In lieu of flowers, the family request donations be made to St. Jude Children’s Hospital in Lavon’s name.

There will be no services held at this time.

The family would like to thank Peterson Hospice of Kerrville for their care during this difficult time.

To order memorial trees or send flowers to the family in memory of Lavon Windham, please visit our flower store.