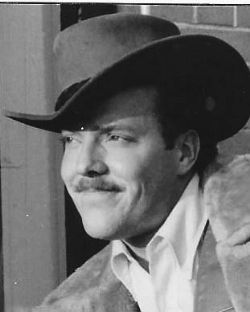 
DALLAS- Levis Codie Judson, 66, of Dallas, Texas passed away on Wednesday, April 20, 2016, at a Dallas hospital after a brief battle with cancer. His loving wife of 31 years, Sharon Olson Judson, and their son Dub Ramsey were at his side. They honor his life of generosity and love to family and friends.

Levis was born on May 6, 1949 to Beatrice May Codie Judson and Dr. William Warren Judson, DVM, in Corpus Christi, Texas where he grew up and graduated in 1967 from W. B. Ray High School where he performed as ''Tex,'' the school mascot and regaled the school both over the intercom and in front of 3,200 students at pep rallies while cheering the team to victories.

During his college years, Levis attended the University of North Texas in Denton, Texas where he majored in art and met his future wife on the first day of art class in 1969. He was a member of Pi Kappa Alpha fraternity and was named Best Active in 1970. Levis embarked on a career in public relations and outside sales, and was later named Outstanding Sales Agent and Instructor for Signature Engraving Systems. Levis had a passion for acting, entertainment and was known as a loyal friend to all. Additionally, he had a strong admiration for animals and loved his two caring cats, Butch and Cassidy Judson.

Levis was predeceased by his parents and his step-mother, Christine Adams Judson.

A memorial service for family and friends will be held on Thursday, May 5, 2016 at 2:00 PM in the Chapel where he was a member of Preston Hollow Presbyterian Church, 9800 Preston Road at Walnut Hill Lane, Dallas, Texas with Rev. Sarah Johnson officiating. Following the service there will be a reception with food and conversation to be held in the Parlor to celebrate the life of Levis Codie Judson.