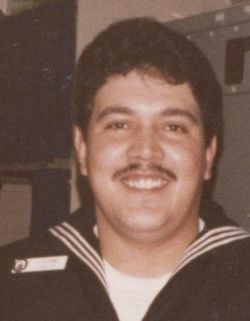 
Luis Lozano was born in Corpus Christ, Tx. To Benito and Mariana Lozano. At age three Luis's family moved to Los Angeles, CA where he began school and was involved with the Boy Scouts. Luis had a love of music and dancing that as a teen learned to play guitar and went to every school dance. Every dance he attended he would make his rounds to dance with every pretty lady.

The Lozano family settled in the community of Perris Valley a suburb of Riverside California in 1965, Luis enjoyed sports and in Junior High went to play football. As he went on to High School his love of sport changed and he developed an interest for photography. His room would have photographs of ever thing he took hanging on the wall, but most of the pictures were of his friends and all the pretty girls. Luis also had a love for art, in High School he perfected his artistic skills which won him the opportunity to have several of his pictures to be displayed around the school halls.

After High School graduation Luis became more involved with his love of music. He met and became friends with members of many local bands in Riverside. He eventually got a job promoting events and booked many of these bands to play at a local club. He eventually joined the Navy where he was a Hull Maintenance technician and took him on a tour to West Pac. He enjoyed his time in the service, but after fulfilling his commitment went back to his love of music.

Luis became involved with working as a Roadie (worked the back stage of concert events) and toured with several famous musicians. One in particular was the band Dio, a heavy metal band and worked for the Bass guitar player of the band. The lead singer of the band, Ronnie James Dio, gave Luis a nick name which fit him to a "T", it was "El Guapo" meaning Good looking. Luis made many friends in the music industry which he continued to make contact with on Face Book.

Luis eventually settled in Kerrville after his father Benito became ill. Luis worked at Comanche Trace as a Lawn and Golf course Maintenance person. He made many friends along the way and his Parkinson's disease gradually worsened settled with the VA community and was seen playing Bingo every opportunity he had. Luis always had a smile on his face and no one was a stranger to him. His smile and presence will be missed everywhere he went.

In lieu of flowers, please make a charitable donation to a Veterans Sponsored Organization in his name.
Arrangements are under the direction and personal care of the professionals at Kerrville Funeral Home (830)895-5111