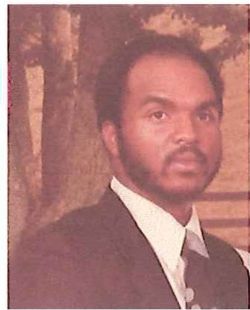 Maceo was born to Clifton and Lois Fifer on May 11, 1959. Maceo attended public school in Kerrville and was a 1978 graduate of Tivy High School. Maceo had amazing athletic ability in football and track.
He won State in the shot put. He also threw the disc. He received numerous accolades while in high school which included All-District, All-West Texas and two time All-State. Maceo was a consensus All-American while making four different All-American teams including the "Parade Magazine". Maceo played in the Texas Coaches High School All-Star Game after graduating from Tivy. He was heavily recruited nationally, but decided to be a Cougar and played tackle at the University of Houston. While at U of H, he played four years and was All-Southwest Conference and All-American. In addition, he was a member of the 1978 Southwest Conference Cotton Bowl Championship team. After his senior year, Maceo played in the Blue-Gray Game, the Hula Bowl and Senior Bowl. He was drafted in 1983 by the United States Football League (USFL) by the Los Angeles Express. He signed a free agent contract with the Oakland Raiders.

Maceo returned to Kerrville to run the family business, Fifer Waste Company until 1991. At this time, he married Meredith McNeeley. The couple resided in Humble, Tx. He worked for Keystone International and Southwest Frieght. Maceo and Meredith had two children. Maceo was a member of Holy Trinity COGIC in Amarillo, TX.

He is survived by: two daughters, Mercedes and Meagan (Luis Mendoza) Houston area; two brothers, Clifton Jr. of Kerrville, TX and William (Yvonne) of Tulia, TX; one sister, Bessie of Kerrville, TX; two nephews, Clifton Scott of Victoria, TX and DR Coleman (Malia) of Kerrville,TX; two nieces, Tia Coleman-Garrett (Dewane) of Cameron, TX and Til-Lois Fifer of Odessa, TX; one granddaughter, Olivia; and a host of other relatives and friends.

All memorials need to be sent to Kerrville Funeral Home.

Garden of Memories North
Kerrville, TX  78028
To order memorial trees or send flowers to the family in memory of Maceo Fifer, please visit our flower store.
Send a Sympathy Card