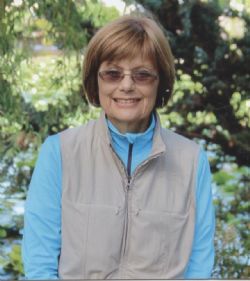 She was raised in Chicago, IL. After graduating from Taft High School in June 1967, she enrolled at Northwestern University in Evanston, IL. She graduated Phi Beta Kappa from Northwestern in 1971 with a degree in Mathematics. After teaching Math for three years , Margaret changed career paths. She became a computer programmer-analyst and earned an MBA degree from DePaul University in 1979.

Margaret married the love of her life, Clarence E. Reed on March 19, 1977 at Edison Park Lutheran Church in Chicago, IL. After her marriage to Clarence and the arrival of their daughter Katherine, they relocated to Minneapolis, MN. Later they moved again to Houston where Margaret merged her two careers and worked as the Director of Information Technology for CyFair ISD.

Margaret is preceded in death by her parents.

Margaret was a kind, loving woman who cared about her family and friends and graciously gave of her time and talents as a volunteer for organizations she cared about. She will be missed by all who knew her.

A Celebration of Life will be held May 24, 2018 with a visitation at 9:30am followed by a memorial service at 10:30am at Hosanna Lutheran Church, 134 Camp Meeting Road, Kerrville TX.

To order memorial trees or send flowers to the family in memory of Margaret Reed, please visit our flower store.