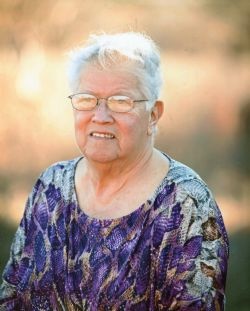 
Mariana was born from single mother, Maria Guerrero, on April 18, 1933 in Corpus Christi, TX. Mariana lost her mother to pneumonia at the age of 8 months. Mariana was raised by her grandmother, Refugia Guerrero whom she called mom and her aunts and uncles she referred to them as her brothers and sisters.

Mariana and Benito moved to Los Angeles, California in 1958 seeking a better life for their family. They raised their three children on a small ranch near Perris, in Riverside county California. Mariana got a job as a kitchen assistant for the school district delivering and serving lunch meals to the Mead Valley middle school students. She also became a bus driver for the Val Verde School District where she bussed the special needs children to their school for five years.

Mariana took some adult trade classes and learned several skills such as make jewelry of Gold and Silver and cabinet making. Mariana & Benito made their last big move to Texas to be closer to their siblings in Corpus Christi and the Rio Grande Valley. They settled and built their home on 21 acres in the Texas Hill Country in Real County in 1988 where Mariana built all the cabinets in their home. Mariana lost her husband Benito of 56 years in 2008 and her son Luis in 2016.

Visitation will be held 5-7 PM with the Recitation of the Holy Rosary to begin at 6 PM, on Sunday, December 1, 2019 at Kerrville Funeral Home.

A Funeral Mass will be held at 2 PM, Monday, December 2, 2019 at Notre Dame Catholic Church with interment to follow at Garden of Memories Cemetery.