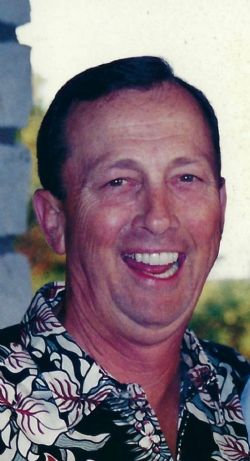 
Marion David Standridge, born May 3, 1940 in Teague, TX died peacefully in his home surrounded by family on Monday, Jan. 7, 2019 after a long battle with cancer. He was the son of Marion John and Veda Mae (née Winborne) Standridge of Teague, TX.

Known by friends as David, he attended the University of Texas at Austin where he met the love of his life, Judy Ann White, on a blind date in 1961. Upon graduation as a Journalism/Plan 2 major in 1963, they wed in Judy's home town of South Houston, Texas on August 24th of that year.

David began his career working for the Houston Chronicle and then the Del Webb Friendswood Development Company, becoming the first Public Relations Director of Clear Lake City. In the fifth year of their marriage, he changed careers beginning work as a stockbroker for Rauscher Pierce. His career in finance took him to the top levels of leadership in that industry; he ultimately retired as President of the Southwest Group of Smith Barney in 1995. Throughout his life, David served on various boards and committees, serving as Chairman of the Red Cross of San Francisco and of Pros for Kids, an anti-drug charity in that same city. He served on Young Life Foundation and was instrumental to founding the Boerne chapter of Young Life, as well as an urban chapter of Young Life in San Francisco's Tenderloin district. He served as a member of the Athletic Board at the University of Texas and the Legends Club of the Texas Exes.

A man of great professional accomplishment, his greatest treasure lay in the friendships that he never stopped making, in his beloved family, and in his great love and wife of fifty-five years, Judy.

David was a faithful churchman, serving the church and her people from his earliest days to his last. Scripture and song were with him at his death; among the last things he did in this life was strain to the words of Amazing Grace. He came to a greater knowledge of the grace and mercy of Christ through much trial in his final years, doggedly battling the cancer, and other ailments, that finally took his life. Toward the end, too weak to attend services, he clung to and relished the Scriptures, faithfully listening to the sermons that his pastor and son preached the previous Sunday, nearly always sending him a note to tell him how much it ministered to him.

The Rev. John Standridge of Christ Church Presbyterian will preside over services to be held at 2pm on Friday, Jan. 11 at Kerrville Bible Church, 898 Harper Road, Kerrville, TX and at 1pm on Monday, Jan. 14 at Christ the King Presbyterian Church, 1201 Silber Road, Houston, TX 77055.

To order memorial trees or send flowers to the family in memory of Marion Standridge, please visit our flower store.
Send a Sympathy Card