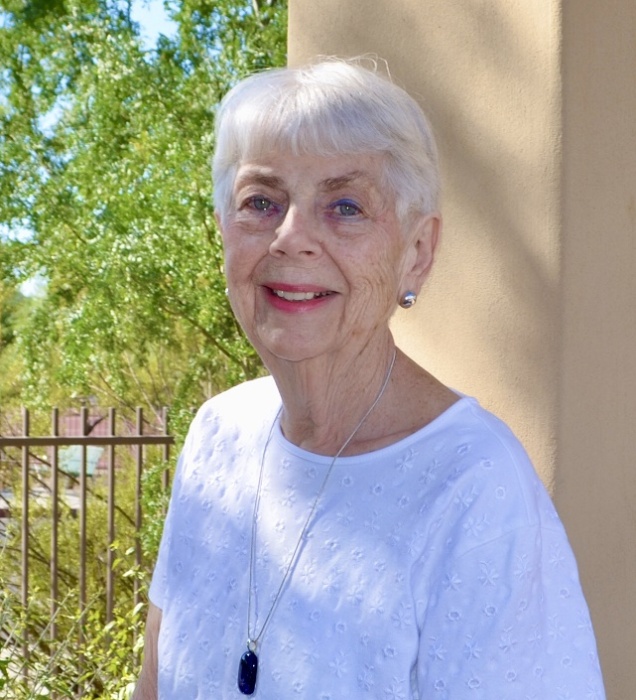 Mary J. Ammentorp passed away peacefully on April 5, 2021 in Kerrville, Texas. She was born on December 31, 1934 to Edwin and Hattie (Kuntz) Hahn in Wausau, Wisconsin and graduated from Wausau High School in 1953.

Mary married her high school sweetheart, Bill (W.F.) Ammentorp, on October 30, 1954, joining him at the University of Wisconsin in Madison to support him while finishing his education. She is survived by her beloved husband, two sons, Steven J. Ammentorp and his wife Karen in Whitewater, Colorado, Thomas M. Ammentorp in Mesa, Arizona, and one grandson, Andrew T. Ammentorp in Sugar Land, Texas. Preceded in death are son, Alan D. Ammentorp, her parents, four brothers and two sisters.

Mary managed their homes and family with Bill's many career moves to cities in the central United States and raised their sons to be well rounded, loving individuals with a healthy interest in athletics. She volunteered at all the boys' Little League games in each city of residence. After all the boys had achieved their Masters Degrees, she worked as a dental assistant and began a steady dedication to volunteer work. She was elected President in four different Hospital Auxiliaries where we resided.

In recent years she volunteered at church and hospice resale shops in Houston and Kerrville and delivered Meals on Wheels. She has been a long time member of P.E.O., a ladies philanthropic service organization.

During summers from 1990 to 2010, Mary and Bill volunteered at the Experimental Aviation Association in Oshkosh, Wisconsin. She managed the office and sold tickets at the Pioneer Airport where Museum visitors could ride with Bill in antique airplanes, and children could obtain their first airplane rides. From 2002 to 2010 they volunteered at EAA Convention Headquarters during their huge annual fly-in gatherings.

No memorial service is planned at this time. Mary and her family would be honored if contributions were made to the Dietert Center, Dementia Care Advocates, 451 Guadalupe Street, Kerrville, Texas 78028. Final arrangements will be handled by Kerrville Funeral Home. The family invites you to leave a message at www.kervillefuneralhome.com Select: Obituaries, and sign the guest book at the bottom of the individual memorial.

She will be dearly missed by all whose lives she touched and remembered for her warmth, generosity, sense of humor and friendliness.

Burial of her cremains will be in Pine Grove Cemetery in Wausau, Wisconsin, under the direction of Peterson/Kraemer Funeral Home.

Local Arrangements are under the direction and personal care of the professionals at Kerrville Funeral Home. (830) 895-5111

To order memorial trees or send flowers to the family in memory of Mary Ammentorp, please visit our flower store.