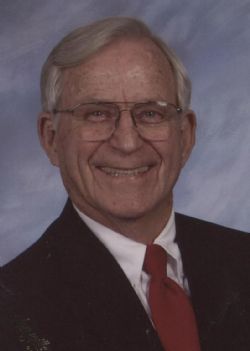 Mr. O'Bryant was born March 19, 1928 in Blanco, TX the son of Robert and Georgia O'Bryant. He grew up in Kerrville and upon graduation from Tivy High School, Mr. O'Bryant went to work delivering milk in and around Kerrville. In 1948 he began working for LCRA, first as a lineman and eventually working his way up to the District Manager. He remained with LCRA for 39 years until his retirement in 1987. He met his first wife, Claris Jewel Bode while working as a lifeguard. They were married August 30, 1949 in Kerrville and were married 42 years before her death in 1991. He met his second wife, Della Stehling and they were married on May 30, 1997 in Kerrville. They would have celebrated their 19th anniversary in May.

Maurice loved singing in his church choir, hunting, fishing and working in his garden. His pride and joy were his tomatoes which he shared with family, neighbors and friends. He was a lifelong member of the Methodist Church and a devout Christian. Maurice was a family man, caring for his mother and first wife during their illnesses. He accepted his step-family as his own.

He is preceded in death by his parents, his first wife, Claris, 2 brothers, Ben Jack and Robert Lee and his son-in-law, Thomas J. Curtis.

Arrangements are under the personal care of the professionals at Kerrville Funeral Home. (830) 895-5111