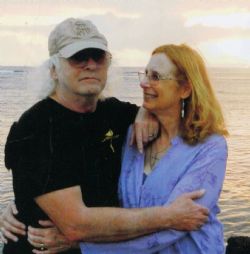 Michael was born December 19, 1947 in Baltimore, Maryland to Edward Lerp and Naomi (Whitlock) Lerp. He married Alice B. Russel on February 6, 1971, in Catonsville, Maryland.

Mr. Lerp proudly served his country in the United States Navy from 1966 to 1970. While in the Navy, Michael did a tour in Vietnam serving with the 2/26 Marines. During his service he received many awards and medals including the Purple Heart, National Defense Medal, Vietnam Service Medal, Vietnam Campaign Medal and the Combat Action Award.

He was preceded in death by his parents, Edward and Naomi Lerp and grandson, Evan A. I. Lerp.

In lieu of floral contributions, the family requests that donations be made to the charity of one's choice.