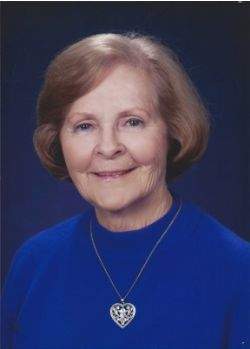 
Our little Millie passed away peacefully in the loving arms of her daughter Sally and son-in-law Charlie Yancey. Millie was 93 years old and had lived a full and rich life.

Millie was born in Hondo, TX to Pearl Newton Bradley and Othello Benjamin Bradley. Her grandfather, Dr. B. R. Bradley, the only doctor in Medina County, delivered her.
She was raised in Kerrville, TX graduating from Tivy High School in 1942. A true Texas Hill County girl she loved county western music and danced a many a mile in her cowboy boots.

Always the adventurer, in 1944 she moved to Denver, CO taking a job as a PBX operator for GE. She also worked for a modeling agency in Denver and often appeared in the pages of the Denver Post. She showed the same poise at 91 appearing in the Ft Walton Beach Florida News as Most Photogenic in a beauty contest for seniors.

In Denver she met and married William Burt Griffith, a mining engineer. They moved to Seattle, WA in 1960 where her only child Sally Elizabeth was born.

Millie stayed very active in retirement volunteering at her Dr.'s office sorting mail and doing fund raising. She was a member of Coker United Methodist Church for 41 years and enjoyed The Red Hat Society and attending Tivy reunions. She traveled extensively with Sally and Charlie. From hot air balloon rides in California, white water rafting in Alaska, running down 100' high sand dunes in Saudi Arabia to tea at The Ritz in London. She enjoyed life.

In the fall of 2011 Millie's health, but not her sprit, began to decline and she moved to Ft Walton Beach, FL to be near her daughter. She had her own apartment in an independent living facility for a year and a half before moving to Superior Residences, a memory care unit in Niceville, FL. She attended church with Sally and Charlie at St Simon's Episcopal Church, Ft Walton Beach. At the age of 91 she was confirmed as an Episcopalian. In July 2016 Millie was transferred to The Manor at Blue Water Bay, a skilled nursing facility where she passed. Although Millie suffered from dementia she knew Sally and Charlie until very end. This was a prayer answered.

A Celebration of Life will be held at 12:00 PM, where luncheon foods will be served in Tucker Hall, St. Peter's Episcopal Church.

Arrangements were under the direction and personal care of the professionals at Kerrville Funeral Home.