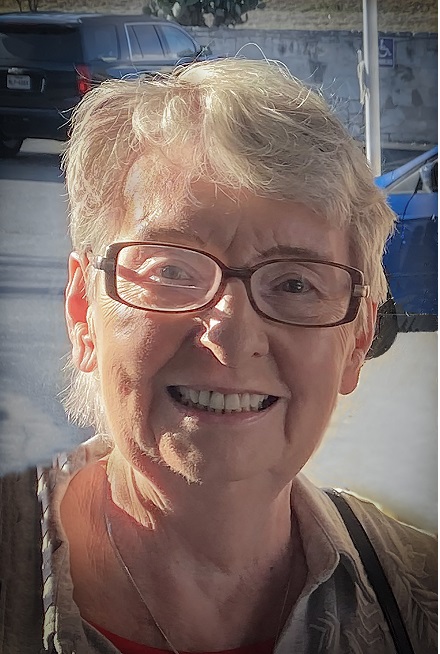 Monika Kuenzel of Hunt, Texas, drew her final breath on March 13, 2020, at 80 years of age, in her home. A memorial service will be held on Thursday, March 19, at 1:00 PM, at the Kerrville Funeral Home, 1221 Junction Highway, Kerrville, Texas 78028. The service will be officiated by grandson Samuel Joshua Kuenzel.

Monika Kuenzel first saw the light of this world in the City of Insterburg in East Prussia on February 26, 1940 to mother Lotti Losch, geb. Gerstmann, and father Fritz Losch. Her brothers Klaus and Peter quickly taught her how to revel in their parents’ mirth. In her early childhood, she would witness weighing and measuring in her parents’ grocery store, forming a strong basis for mathematic skills.

“How far that little candle throws its beams - so shines a good deed into a naughty world!”* Advancing armies and the terror of the final years of WWII convinced Monika’s mother, pregnant with brother Reinhardt and fearing that Fritz had fallen, to flee toward the West.  In the hope of reconnecting with the children’s father, the family landed in Iserlohn, (West) Germany. Monika would later recall that flight as certainly a frightening time, but that her mother would dance and sing with Monika and her brothers in the wherever they may have been for the night.

The family was reunited in Iserlohn, with two more additions to come - sister Brigitte (Gitti) and brother Udo.

Monika turned into as strong of a woman as her mother. Her math talent came in handy through school, during employment at the Bureau of Finance/Construction, and later as a dental hygienist.

In 1958, she met Rainer Kuenzel, was instantly fascinated by him, and deeply respected his skills and already-burgeoning accomplishments. It was his letters, and his hand-crafted gifts, that convinced her she wanted to marry this man, and she did just so on August 21, 1962. The couple had already begun to daydream of a better life in the New World. Monika gave birth to their daughter, Aenne Sabine Kuenzel, on October 23, 1963, and it was in discussing where they wanted to raise their children that they took the leap of faith to discover the promises that America had to offer.

At 7 months pregnant, Monika left a cold Germany with her little family, and traded her winter coat for a pair of shorts after landing in Houston, Texas Her son, Ingo Kuenzel, was born on May 26, 1965.

When the children were little, the couple lived briefly in Seattle, Washington, where Rainer worked as an engineer for Boeing. Greater opportunities to realize their dreams drew them back to Houston, where the couple lived from 1967 through 1996. They moved back to Houston and remained there from 1967 through 1998.  Monika was instrumental in setting her husband up as self-employed, and then managing his office and finances, all the while caring for their two children. The couple lived for most of these years in an artful home with a unique view of the Stony Creek, on the banks of the Buffalo Bayou. They enjoyed life that Houston and Texas had to offer, especially when they entertained extended family members that visited from Germany. She loved to take long walks in the mornings with whatever boxer they had at the time, getting to know the people in the neighborhood.

Monika travelled back to the Old Country (German and the South of France) numerous times to visit, traveling from city to city and staying with relatives. Years where there was no trip to Europe, she enjoyed road trips through the States, the mountains in particular,.

She read avidly, going through several paperback novels in a month. Evenings, trips, and holidays were often punctuated with card games, at which she excelled, as had her mother.

In 1995, the couple again began to daydream about the next phase of their life, having reached and surpassed many of their set milestones. The mountains beckoned, and they lucked upon a lot with a beautiful view of the Guadalupe valley. Monika insisted on remaining near her grandson, Samuel Joshua Kuenzel, who had been born on July 19, 1995. In 1996 they moved to Kerrville and began building their home in Hunt, Texas, on a hill they call Japonica.

Once Ingo and his wife Jennifer moved to Colorado, most of her travels focused on visits to Durango and later to Colorado Springs, to visit that family, now four-strong with the addition of Grace Aenne Kuenzel on January 21, 2000.

Monika was always looking for small ways to keep her life and her home bright and sunny. She loved her home on the Hill, walking a dog and chatting with neighbors. It is there that her light transferred from this world to the heavens, and back to her eternal home, on March 13,2020.

Monika was preceded in death by her parents Fritz and Lotti, by brothers Udo, Klaus, and Peter; and by grandson Noah Joachim.  She is survived by her husband Rainer, son Ingo and his wife Jennifer, daughter Sabine, and grandchildren Samuel and Grace.

William Shakespeare, “The Merchant of Venice”

To order memorial trees or send flowers to the family in memory of Monika Kuenzel, please visit our flower store.
Send a Sympathy Card