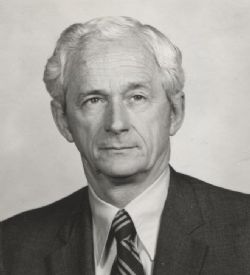 
Morgan Robert Kelly, 97, of Kerrville, Texas passed from this life on Saturday, November 25, 2017 at a local hospital. Morgan was born on October 26, 1920 to Leo P. Kelly and Agnes Walsh Kelly and raised and schooled in Elizabeth, New Jersey.

Mr. Kelly lived in San Antonio for some time and worked selling Mooney Aircraft. This connection with Mooney brought his attention to Kerrville which impressed him and he decided that he would live his retirement years in Kerrville which he did, bought a home and retired here in 1991.

He served in World War ll in the Army Air Corp as a First Lieutenant, a pilot instructor teaching Cadets Flying and later as a pilot of a B-24 Liberator bomber in the 15th Air Force, 464th Bomb Group based in Italy. His military aviation career was important to his later life as it was instrumental in his career as a sales representative for selling Mooney Aircraft and later at Cessna Aircraft Company Sales representative to Africa, south of the Sahara. He made lasting ties particularly in Johannesburg, South Africa where he visited friends many times even after his retirement. His most interesting flying trip other than flying his B-24 bomber to Italy in 1945, was in 1970 in a twin engine pressurized Cessna aircraft on a demonstration tour for Cessna Aircraft Company thru Africa from Dakar in West Africa to Nairobi I east Africa to Lusaka, Zambia and Johannesburg in southern Africa. He retired in 1983 from the Bendix/King Radio division of the Allied Signal Corporation where he served as a sales representative again in Africa and the Middle East.

He was proud of his hundred percent Irish heritage and made short stopovers to Ireland while traveling to and from Africa or the Middle East. He located relatives in Dublin and Youghal in Southern Ireland. He later became an Irish citizen enjoying dual citizenship both in Ireland and the United States.

Mr. Kelly was a member of Notre Dame Catholic Church and was a third degree member of the Knights of Columbus. He was married in Kerrville, Texas to Audrey Ring Yoder on January 26th 1994.
He is survived by his wife Audrey, originally of Newport RI; and son of a former marriage, M Robert Kelly of Olathe, Kansas; a grandson, James Kelly of Evanston, IL; and a granddaughter, Erin K. Ross of Woodside, California, with her husband Edward and her daughter Annabelle and son Maxell.

Recitation of the Holy Rosary will be by the Knights Of Columbus on Monday, December 4th, 2017 at 6:00 pm followed by a time of reflection and family visitation at 6:30 pm in the Main Chapel of the Kerrville Funeral Home. A Graveside Service will be held Tuesday, December 5th, 2017 at 12:00 pm at Garden Of Memories Cemetery, Kerrville, Texas.