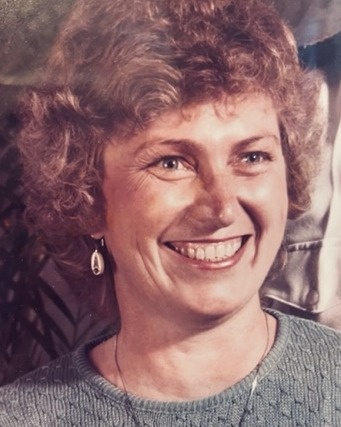 Norma Jean Lane, 86, of Kerrville, TX passed from this life on September 17, 2022 at a local nursing care center.

She was born in Cedar Rapids, Iowa on January 31, 1936 to parents George and Cynthia Pease.  She attended school in Cedar Rapids, and was involved in Camp Fire Girls, as her mother was a leader a group of girls from the beginning to end.  Her mother worked at the camp while Norma Jean spent the summers there; she was an expert swimmer and canoer.

Norma Jean graduated from Wilson High School in 1954, then attended The University of Iowa for 2 years.  She sang with the Old Gold Singers.  She met the love of her life in college.  Jerry and Norma were wed on December 7, 1958.  Norma Jean went to work to support the family, while Jerry was in Dental School.  Their first daughter, Kathy Jo came along July 1961.

Upon Jerry’s graduation from Dental School in 1963, the adventures began.  She was married to a military man, they started in Great Lakes, IL, then to Japan for 3 years, where their second daughter, Resa made her appearance.  Together they spent 9 years in California, saw 2 bases and 1 ship.  Up next was 4 years in Hawaii, while stationed there they saw beautiful sights and even made a few trips to the outer islands.  The twilight tour was spent in Tennessee just north of Memphis where they experienced cold wet winters that finally drove them south to the beautiful Texas hill country.

Norma Jean was involved in bowling, her lifelong sport, The Emmaus Community through the church, three churches, two camping clubs, a car club and was a member of Beta Sigma Phi. She was loved dearly and will be missed immensely by all her family and friends.  But we know she is square dancing with her beloved Jerry and sister Suzanne is cheering them on in Heaven.

She is preceded in death by the love of her life husband Jerry Lane; infant sister Suzanne Pease; parents George and Cynthia Pease; and in-laws Frank and Artie Lane.

A memorial service will be held at 2PM on Saturday, September 24, 2022 at Hilltop Village, 1400 Hilltop Road with Pastor Jack Haberer officiating the service.

To order memorial trees or send flowers to the family in memory of Norma Jean Lane, please visit our flower store.