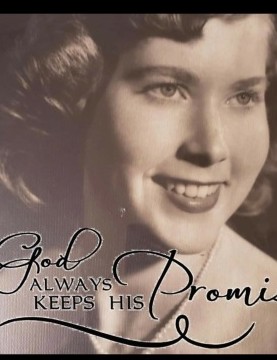 Olive Marie Hopkins, 86, of Kerrville, Texas passed from this life on Wednesday, August 18,2021 in Kerrville. She was born in Preble County, Ohio to parents, Sam and Mary (Hardy) Cressell.

Olive was raised in West Florence, Ohio and attended and graduated from Jackson High School in Preble County. After high school she studied at Humbolt Business College in Minneapolis, Minnesota. Olive married James (Hoppy) Hopkins on August 3,1957 in Chicago, Illinois. Olive and James spent 52 wonderful years of marriage together. Olive was employed with Eastern Express in Dayton, Ohio for many years but devoted her life to her Lord, husband, children and grandchildren. She grew up Pentecostal and her religious view was if God said it, I believe it and that settles it. Olive loved spending time in her garden and animals. She was the strongest and most loving women to her family.

She is preceded in death by her parents, Sam and Mary Cressell; husband, James (Hoppy) Hopkins and son, Joseph S. Hopkins.

Graveside Services will be held at 2PM on Tuesday, August 24,2021 at Mountain View Cemetery in Kerrville, Texas.

To order memorial trees or send flowers to the family in memory of Olive Hopkins, please visit our flower store.