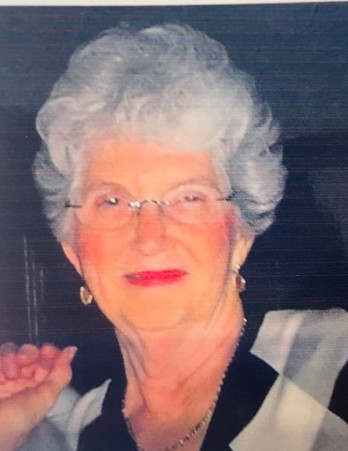 Patsy Joan Jackson, 90, of Kerrville, TX passed from this life on July 7, 2021 at her home in Kerrville.

Patsy was born in Muskogee, OK on November 6, 1930 to parents, Vale and Georgia Mayes.  The family moved to Edinburg, TX when Patsy was seven.  She graduated from Edinburg High School and attended Baylor University.  She married Paul Jackson in 1949, and they raised two daughters in Edinburg.  Patsy was the society editor for the Edinburg Daily Review for many years, as well as a coordinator for the US Bracero Program.

In 1994, Patsy and Paul retired and moved to Kerrville, where she was active in the Ruth Jackson Orthopedic Society and enjoyed genealogy.  She was a loving matriarch of the Jackson family and always had her door open to others.  She will be missed dearly by family and friends alike.

A celebration of Patsy’s life will be held at a later date.

To order memorial trees or send flowers to the family in memory of Patsy Jackson, please visit our flower store.
Send a Sympathy Card