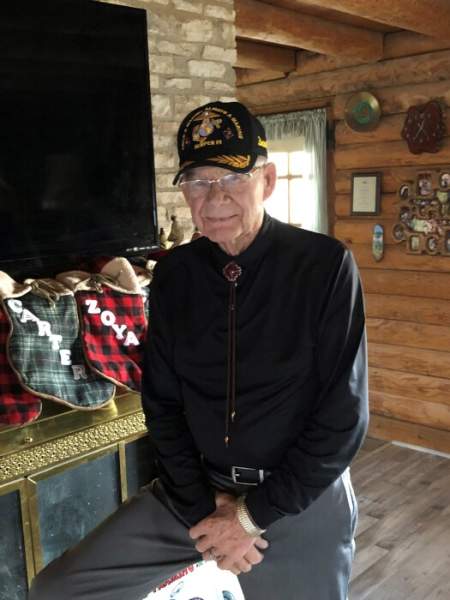 Paul Elmer Hulse, age 91, passed away peacefully in his home, on May 27, 2021. He was born in Wichita, Kansas on March 6, 1930, to his late parents Aaron, and Grace Hulse, he was the 5th of 10 children. Paul married the love of his life, Lila Rae Hulse, in 1968. She was the widow of Paul’s late brother, Robert James Hulse.  Robert, “Daddy Bob”, as referred to by his children, passed away from cancer at the age of 28. Paul looked after his younger brother’s family, as he promised he would. In time, they fell in love, and God would make them his own. He loved them and cared for them with his entire heart and soul. He was a devoted husband, and father. Family was everything to him.

Paul loved tractors, motorcycles, and hard work. He was the proud owner of Hulsco Hydro-mulching, until he retired at the age of 83. His ethics of hard work, and doing things the right way, were of utmost importance to him. He treated others with kindness and compassion. Paul was full of life, and laughter, and would always greet you with a warm smile. He could tell the best stories! He made it clear, you could count on him in time of need. His favorite silly word was “copacetic”, and he managed to slip it in wherever he could.

Paul will be so very deeply missed, but we are sure that heaven will be even better than “copacetic”.

Visitation will be held from 6-8 PM on Thursday, June 17,2021 at Kerrville Funeral Home.

Arrangements are under the direction an personal care of the professionals at Kerrville Funeral Home (830) 895-5111.

To order memorial trees or send flowers to the family in memory of Paul Hulse, please visit our flower store.