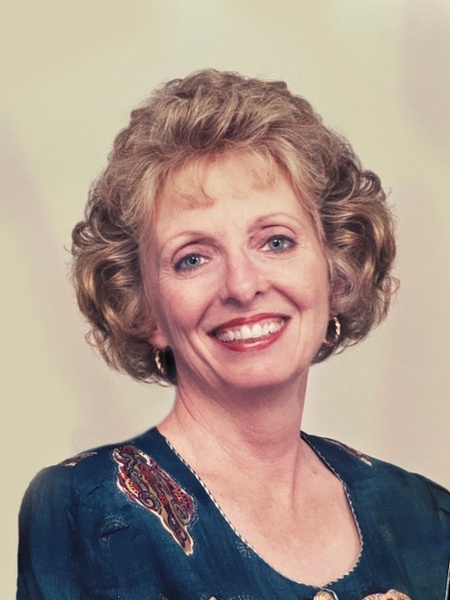 Peggy Sue Coffin Peters, age 80, passed from this life on Monday, November 8, 2021, at her home in Kerrville, Texas. She was a loving wife, mother, grandmother, sister, aunt and friend. She was born September 3, 1941, in Corpus Christi, Texas, to Florence Miller Coffin and Miller G. Coffin. She was a direct descendant of Samuel Reed Miller — one of Stephen F. Austin’s “Old Three Hundred” colonists who settled in Texas in 1824.

Peggy treasured family above all. She especially enjoyed family game nights and was a talented artist, gardener, and seamstress. She unselfishly shared her passion of genealogy. She was the family historian — researching, scrapbooking, and documenting genealogical history for family and friends.

As a child, she and her family lived in numerous Texas and Louisiana towns. She graduated from W.B. Ray High School in Corpus Christi in 1960, and then attended business college.

Soon after, she met the love of her life, Michael D. Peters, and they married in Corpus Christi on October 6, 1962. In 1967 they moved to Portland, Texas, where they were active members of the First Christian Church. Peggy settled into her career as a homemaker, and she cherished time spent leading their two daughters’ Girl Scout trips, activities and outings.

During those early years, Mike and Peggy began a family tradition of summer camping trips that continued throughout their life together, which has carried over to their daughters’ families.

In 1978, the family moved to Kingsville, Texas. They were members of the Kingsville First Christian Church, and Peggy worked for Texas Farm Bureau Insurance in Ricardo.

When their daughters went to college, Peggy and Mike moved to Houston, Texas, where they were active members of the Houston Astronomical Society. During this time, they purchased vacation property in the Texas Hill Country to carry on traditions of hunting and family gatherings started by her parents at their ranch. They built a home on the property and taught the next generations about hunting and honoring nature.

After Mike retired, they relocated from Houston to Corpus Christi, and later to Kerrville, Texas, to be near their children. In later years, Peggy especially loved activities with her grandchildren, including arts and crafts, cooking, and attending their sporting events.

Services for Peggy will be held at 2PM on Saturday, December 11,2021 at Kerrville Funeral Home.

In lieu of flowers, please consider a donation to the Salvation Army Social Services of Kerrville, PO Box 295102, Kerrville, TX 78029.

To order memorial trees or send flowers to the family in memory of Peggy Peters, please visit our flower store.
Send a Sympathy Card