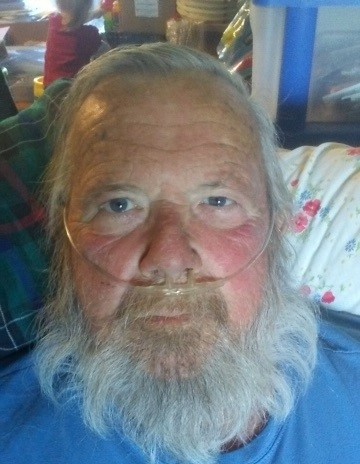 It is with great sadness, yet happiness in our hearts, we have released the soul of Phillip John Reinhard to Our Lord, Jesus Christ, on Thursday, April 23, 2020. He was born on September 18, 1947 to Clarence Andrew and Isabella Cecilia (Bittner) Reinhard in San Antonio, Texas. He was the oldest of 4 brothers and 1 sister. He passed away peacefully at home with his loving wife, Susie, by his side.

Phil was such a loving and caring husband and father to many. He was always calm-natured but loved and could tell the best of jokes. Phil was so strong in many ways, yet was the best listener.

Phillip grew up in San Antonio. There, he attended St. Jerome's and St. Benedict's Catholic School and graduated from Sam Houston high school. Throughout his senior year of High School, Phil learned the meaning of patience while working in the dining area of Randolph Air Force Base. He put that patience to use when the President's planes landed there. When everyone left, there was a great amount of evidence they had been there.

After graduating, Phil moved to the lower country of Nada, Texas to work on the farms of his grandmother, uncles, and aunts with his cousins. He enjoyed this very much and even lost some weight during his stay. He told stories of raising rice, flooding the fields, and killing water moccasins. While working there he enjoyed many nights sitting with his grandmother shelling peas, drinking beer, and watching TV. He eventually bought a car from his Uncle, and also drove grain trucks to the granary where he worked alongside his uncle Leroy. While he was at the farm, Uncle Sam sent him a personal letter stating (I Want You!).

After beginning his basics at Fort Sam on July 26, 1967, Phil served in the U.S. Army and was assigned to the 43rd Surgical Hospital as a SP-4, landing at Kimpo AFB. He gained his Specialist 5 (E-5) on Nov. 26th 1968 where he was a Medic in a Mash (was in charge for a short time) outside of Seoul, Korea during the Vietnam War. The troop in front and the one behind his troop, both went to Vietnam. They went to Korea two weeks after the USS Pueblo was captured on January 23, 1968. After living in Korea for a year in sometimes sub-zero weather in sometimes a foot or more of snow and flew back Feb 27, 1969 only to land in San Antonio's sweltering weather of 80 degrees. Phil was honorably discharged on July 1st, 1973.

Phil worked at USAA from 1969-1970. He then began working at the Express- News (1970-1976) as an apprentice setting type, where his father and brother Robert, already worked as printers. He also earned his way to setting ads on one of the first computers in the new business.

It was while working there that Phil and his friend Pat were riding around on Sunday evening, the night of November 15, 1970 where he met a car with a couple of small town girls. One of these girls waved at everyone. She kept her waving under this red memorable stop light. Phil and Pat were broke from dancing and drinking the night before, but they turned around and followed these girls who stopped at a well-lit store. All four agreed to meet at small café for a soda where they had to nearly pick up Phil's jaw when Pat asked if the girls agreed to go fishing on a first date the next night. They married on September 1, 1973 at Notre Dame Catholic Church in Kerrville, Texas; together they spent 46 years and 7 months and 22 days married.

After getting married and moving to Kerrville, Tx in February, 1976, Phil worked at Olen Straube Garage as a mechanic for his father-in-law, Olen, from 1976 to Dec. 31, 1994. On Jan. 1, 1995, he and Susan bought the business from Olen & Clara, and sold it in April, 2007 after several health conditions diminished their health.

During his free time, Phil enjoyed fishing in monthly tournaments to earn in his place in the TOP 6 at least twice, once to Southern Mexico and once to Possum Kingdom. He also loved hunting and would move our travel trailer out to the lease at least a month before season to share with the other hunters. He could enjoy the peace and quiet while tinkering with the vehicles of the owners, our vehicles, the feeders and timers, as well as filling corn in the various feeders and clearing brush where and when needed. He loved tinkering with motors or anything mechanic, gardening, and yard work. “Anything outside” was his middle name, lol. He would spend the day BBQ’ing with his “special” sauce and received many compliments from numerous parties and family reunions. Phil was a life-long member of the Knights of Columbus of Council #4315 in San Antonio.

He loved spending time with friends and family, especially “his” Jessie, our 2-1/2 year old great-granddaughter, who was his sleeping buddy during morning and after lunch naps.

Phil is preceded in death by his parents Clarence and Isabella Reinhard, brother, Edward Reinhard; brother in law, Richard Ries; and parents in law, Olen & Clara Straube. He was also preceded by a stillborn great-granddaughter, Naomi Claire Taylor.

Those left to honor his memories are his wife, their three children: Cecilia Finley, Andrew & Kim Reinhard, and Kellie & Forrest Ford, twenty grandchildren, eight great-grandchildren, and three great-grandchildren on the way. Brothers and, sisters in law: Robert and Dean, Michael and Susan, Leonard and Kathy, and sister, Carol Ries; brothers-in law Glen and Sherry Straube, Anthony Straube, and Ann and Kelton Duecker.

In memory of Phil, donations may be made to the Peterson Hospice, American Cancer Society, St. Jude’s, or any choice of yours. Arrangements are under the direction and personal care of the professionals at Kerrville Funeral Home (830)895-5111

To order memorial trees or send flowers to the family in memory of Phillip Reinhard, please visit our flower store.
Send a Sympathy Card