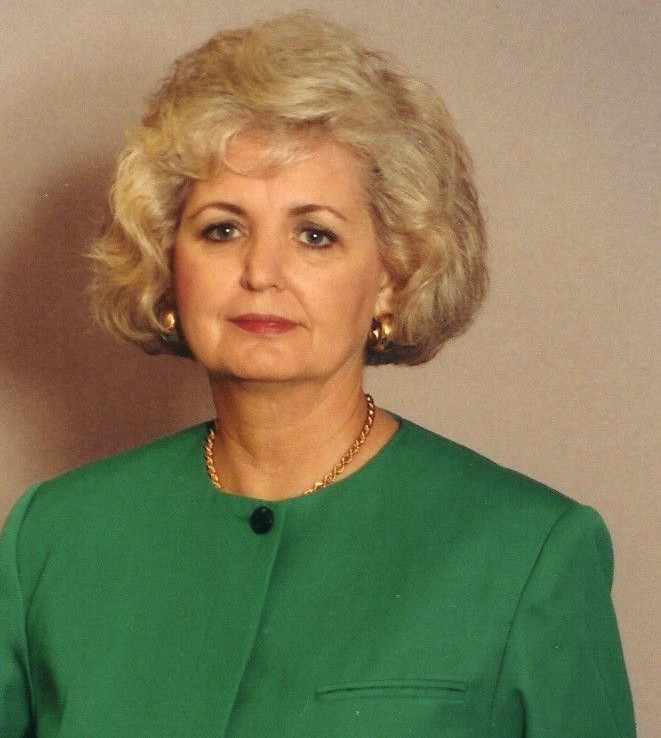 Rita Merle Baker went to be with her Lord and Savior on December 24, 2021 in Camp Wood, Texas at the age of 87. Rita was born in Muleshoe, Texas on September 30,1934 to parents, Nolan Lester and Gladys Merle (Fuller) Lambert.

Rita’s family moved from Levelland, Texas to Kerrville in 1948. She graduated from Tivy High School and later married Henry Jerall Baker Jr. on October 6,1951 in Wichita Falls, Texas while he was enlisted in the United States Air Force. Upon Henry’s honorable discharge, they moved to Austin before settling in Corpus Christi where Rita went to work for the HEB Corporation. Mr. Baker owned and operated a Texaco Station when they both decided to move back to Kerrville to settle down.

Rita went to work for Blue Cross Blue Shield in June 1972 where she received her certificate of achievement in the Blue Cross Blue Shield Sales Techniques courses and other awards and promotions. She worked for Sid Peterson Hospital in Human Resources for 15 years from 1975-90. then she retired and she began working at the Starkey Elementary School and started as Director of the mentoring programs for all of KISD. Rita loved working with children and they loved her. Her favorite hobbies include antiques, bowling, and American history. Rita was a member of the Kerrville Church of Christ.

Visitation will be held from 6-8PM on Thursday, December 30.2021 at Kerrville Funeral Home.

In Lieu of flowers, the family request that donations be made an Alzheimer's research program of one's choice.

To order memorial trees or send flowers to the family in memory of Rita Baker, please visit our flower store.
Send a Sympathy Card