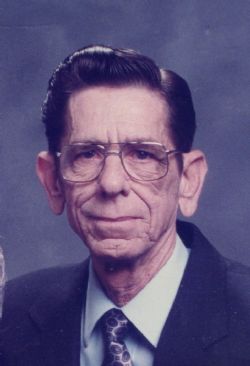 Paul was born March 31, 1930 in Wichita County near Iowa Park, Texas to Lloyd Thomas Crosthwait and Della Lucinda Buckalew. He grew up in and around Young County and Olney, TX. He married Lorena Fields on October 21, 1950. He moved his family from Olney to Odessa in 1956 to find work in the oil field. In about 1960, he went to work at the National Bank of Odessa which led to a lifelong career in banking. In the mid 1990's he retired from the First National Bank of Stanton where he served as president. In 1996, Paul and Lorena moved to Kerrville where they resided until her death in 2012. He lived in Kerrville until 2017 when he moved to Fredericksburg to live with his daughter, Debbie and her husband Bill.

Throughout his life, Paul cherished his family and his faith. In his later years he also greatly valued his church family and his pets. He will be missed by all of them.