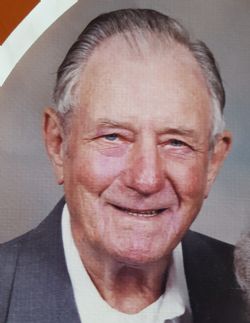 
Robert Lincoln Tagge passed away on August 5, 2016, at his home in Kerrville, Texas. He was 94 years old. Mr. Tagge, or ''Bud,'' as he was known to most, was born on September 1, 1921, in Alberta, Canada, to Henry Joseph Tagge and Anna Katherine Eckhardt. He was the 7th of 9 children. The family moved to Elk Grove Village near Chicago, Illinois, where his father was hired as caretaker of the elk preserve located there.

On March 20, 1941, with a desire to serve his country, Bud enlisted in the U.S. Navy and became an aircraft machinist. His 30 years of military service, which spanned 3 wars, included tours aboard the aircraft carriers USS Shangri-La, Essex, Enterprise and America. He toured mostly in the Mediterranean, which he declared to be his favorite location. Mr. Tagge received numerous awards of distinction during his Naval career, and on February 1, 1971, retired as a Master Chief Petty Officer at NAS Chase Field in Beeville, Texas. He was extremely proud of his Naval career. After retiring, he held several civilian jobs, including overhauling aircraft in Victoria, Texas, working at Lone Star Brewing in Beeville, and teaching Drivers' Education at Bee County College in Beeville, Texas. He also worked as a civil servant at NAS Chase Field for several years. In 1990, he and his wife Lorna, who preceded Bud in death in 2006, moved to Kerrville, Texas, where they spent the remainder of their days. They were both members and regular attendees of Hosanna Lutheran Church in Kerrville.

During their 60 years of marriage, Bud and Lorna had three children: Roy Tagge, who preceded them in death in 1992, Allan Tagge, who resides in Odem, Texas, and daughter Caryl Olson, who lives in San Antonio, Texas with her husband Adam. Mr. Tagge was the proud grandfather of Ellen Walker, who lives with her husband Ben in Plugerville, Texas, William Vanden Dries, residing with his wife Camille in Bloomington, Indiana, and Susan Jennie, who is stationed at Laughlin AFB in Del Rio, Texas. Her husband, Scott Jennie, serves in the Air Force at McGuire AFB in New Jersey. Bud was a great-grandfather to 5 beautiful girls: Abigail, Lily, Mia and Alexis Walker, and Sophia Vanden Dries. His sole surviving sibling, Raymond Charles Tagge, is a retired USAF officer and lives with his wife Daisy in Alexandria, VA. Bud will be missed tremendously by all of his remaining family and the many acquaintances he made during his long and colorful life.

Visitation will be from 5:00-7:00 pm on Friday August 12, at Kerrville Funeral Home at 1221 Junction Highway, Kerrville, TX.
A graveside service will be held at Garden of Memories Cemetery, at 3250 Fredericksburg Road, Kerrville, Texas, at 10:00 am on Saturday, August 13.

Garden of Memories
Kerrville, TX  78028
To order memorial trees or send flowers to the family in memory of Robert Tagge, please visit our flower store.
Send a Sympathy Card