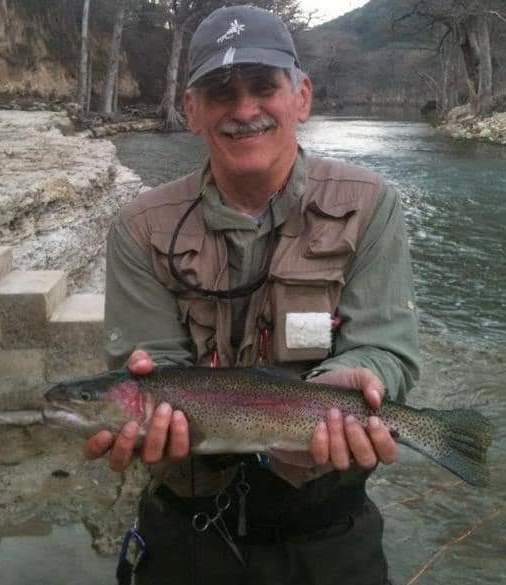 Robert Lee Woodworth, 74 of Kerrville, TX passed from this life on Tuesday, September 22, 2020 at home surrounded by his family.

He was born in Richmond, Indiana  on December 9, 1945 to parents, Paul and D. Lavonne (Polver) Woodworth.

Robert grew up in Richmond, Indiana and upon graduating in 1964 he enlisted in the United States Air Force.  He met the love of his life, Jacqueline Ann Wicker in high school and they were married October 15, 1966.  While in the Air Force he had various assignments including serving in Vietnam, the Pentagon on the joint chief of staff, as well as traveling to the Netherlands, Germany and various bases throughout the United States.

After 25 years of service, Robert retired and enjoyed 16 years of fulltime RVing with his wife, Jackie before permanently settling in the Texas Hill Country; enjoyed tennis, horseback riding, leatherwork and fly fishing.  Robert’s passion in life was making people laugh and spreading the Gospel.  He was a loving, husband, father and grandfather and will be missed by all who knew him.

He is preceded in death by his grandparents, Dugan and Catherine Woodworth and Sam and Thelma Polver and parents, Paul and D. Lavonne Woodworth.

In lieu of flowers contributions may be made to  Wounded Warriors Project: https://support.woundedwarriorproject.org or Wounded Warrior Project, P.O. Box 758516, Topeka, Kansas 66675-8516

A memorial service will be held at 2PM on Friday, September 25, 2020 at Kerrville Funeral Home, 1221 Junction Highway  with Pastor John Hiddema officiating the service.

To order memorial trees or send flowers to the family in memory of Robert Woodworth, please visit our flower store.