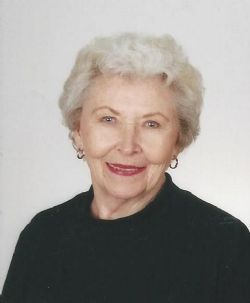 She is survived by her husband, Ray Benton; children, Cassandra, Larry and Susan; and all six grandchildren. She was preceded in death by her first husband, all of her siblings and Rocky Benton.

She was a member of Belmont Baptist Church in Odessa, TX and sang in the choir and the ladies trio. As a choral trio they were an integral part of the church, performed on a weekly radio show plus the Arthur Godfrey Show, and were offered a national record recording. She was Past Worthy Matron of Order of Eastern Star and was a member of the Unity of Hill Country Church, Kerrville TX.

She accomplished many things in her life. The greatest of those was the love she gave to many people.

A Memorial Service will be held at 2 PM Friday October 14, 2016 at Kerrville Funeral Home, 1221 Junction Hwy Kerrville, TX with Rev. Patty Edwards of Unity of the Hill Country Church officiating.