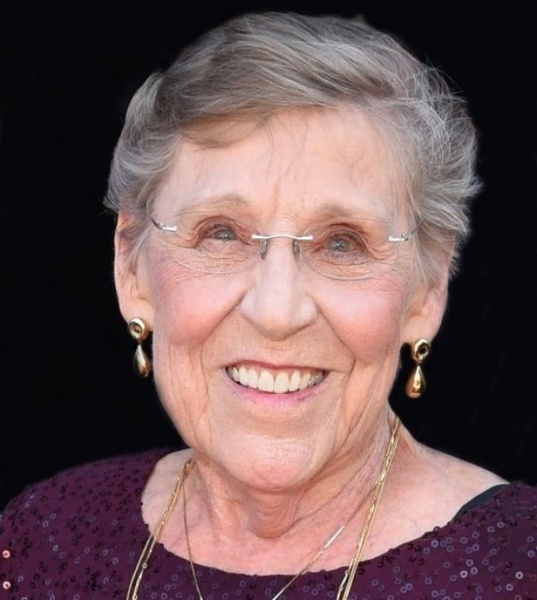 Sandra Jo Huber Griffin, 85, of Hunt, Texas passed away peacefully on February 2, 2022, in Kerrville, Texas.  Sandra “Sandy” lived an incredible life filled with love, laughter and wonderful adventures with an amazing family and a multitude of friends.

Sandy was born in Brownwood, Texas to George Walter “Ike” Huber and Ima B. Huber on November 21, 1936.  The family relocated to Kerrville, Texas in 1939 where Sandy completed all of her schooling. She graduated as a proud member of the Tivy High School Class of 1955. At Tivy, Sandy was the head drummer in the Antler Band and was the recipient of the John Phillip Sousa Award. She attended college at Trinity University in San Antonio, and the University of Texas in Austin before marrying her husband Gerald D. “Gerry” Griffin in 1958. She later completed her Bachelor of Arts degree in Fine Arts at the University of Houston-Clear Lake in 1985.

When Sandy married Gerry, his Air Force and NASA careers took them to many home-bases across the U.S. They returned to her beloved Texas Hill Country in 1992. Throughout her life she was a talented artist and sculptor creating beautiful and fun pieces. Sandy also loved golf. A competitive player, she and her partners won numerous tournaments and she actively served on committees at each country club over the years.

Over their nearly 64 years of marriage, Sandy and Gerry traveled the world for work and pleasure. Everywhere Sandy went she added to her circle of friends and never failed to brighten the room with her smile, contagious laughter, and positive attitude.

The family would like to thank the doctors, nurses and staff at Peterson Regional Medical Center for their excellent care of Sandy.

Services to celebrate Sandy’s life will be held at 10AM on Friday, February 18,2022 at St. Peter's Episcopal Church with interment to follow at Hunt Japonica Cemetery .

In lieu of flowers, donations can be made to: Hill Country Youth Ranch, Ingram, TX: University of Houston – Clear Lake; or the Texas A&M 12th Man Foundation.

To order memorial trees or send flowers to the family in memory of Sandra Jo Griffin, please visit our flower store.