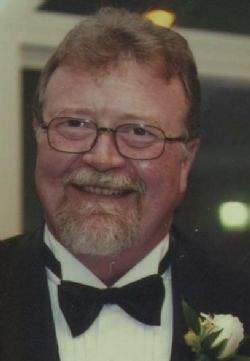 
Stephen Wayland Smith passed away Wednesday, December 27, 2017 at Baylor Scott and White Medical Center in Lakeway, Texas. He was born July 26, 1959 to Leslie Howard Smith and Evelyn (Bunny) Smith Perkins in El Paso, Texas. He was married to Leysa Kyrylenko in Bahrain in January 2010. He graduated from Tivy High School in Kerrville in 1977 and went on to Schreiner College and continued to the University of Houston, where he earned a B.S. in Mechanical Engineering. His first job was in the oilfield with McEvoy, he then was employed by Saudi ARAMCO in Abquiq, as an Engineer and later in Daharan, Saudi Arabia where was employed for twenty years. He was most currently employed by Wild Well Control of Houston, Texas.

Steve was well known by his employers, family and friends for his integrity, energetic work ethic, his resourcefulness, dependability and his abilty to rapidly complete his work with meticulous attention to detail. He was active in Boy Scouts, 4-H, raised Beagles, Chickens and Appaloosa horses at the family home in Ingram. In school Steve was a member of Future Business of America, Fellowship of Christian Athletes, Auto Mechanics and played Football as well as Golf. He was a past Master of Milo Masonic Lodge #882 in Abqiq, Saudi Arabia and a member of the Masonic Lodge # 938 in Daharan, Saudi Arabia. He was also the High Priest of Royal Arts in the York Rite of the American Canada Lodge of German and other offices within the craft of Freemasonry.

He is survived by his wife, Lesya Kyrylenko Smith, originally from the Ukraine, who he met in Dubai where Leysa lived at the time. He was preceded in death by his father, Leslie Howard Smith. He is survived by his mother, Evelyn (Bunny) Smith Perkins; sister Sarah Caye Smith and brother, Howard Mark Smith, all of Ingram, Texas, numerous aunts, uncles and cousins; his mother-in-law Maya Kyrylenko, brother-in-law Roman Kyrylenko both of Ukraine; sister-in-law Oxana Kyrylenko Neimi and her husband Michael Niemi of Belton, Texas and numerous close friends from all over the world.

Steve was raised in El Paso, Phoenix, Austin, and Fort Meyers but called Ingram, Texas home and by the time he was in the first grade had a one year old sister and a newborn brother. He was instrumental in helping his mother with the small ones and could manage their total care if needed.

The family would like to extend their appreciation to the wonderful staff for their compassionate diligence of his care at the Baylor Scott & White Hospital in Austin, Texas, (Lakeway). This including the many physicians who went far beyond the call of duty to provide every technology available, the nurses, technicians, housekeepers and all other employees. Your care was wonderful.

The family will receive friends for visitation from 6:00 PM to 8:00 PM on Friday, January 5th at the Kerrville Funeral Home at 1221 Junction Highway, Kerrville, Texas. Funeral service will be at 1:00 PM on Saturday, January 6th in the chapel at Kerrville Funeral Home with internment at the Garden of Memories, on Highway 16.
A reception will be held at the Y.O. Ranch Hotel at 2033 Sidney Baker, Kerrville, Texas immediately following the internment.


Arrangements are under the direction and personal care of the professionals at Kerrville Funeral Home (830)895-5111.