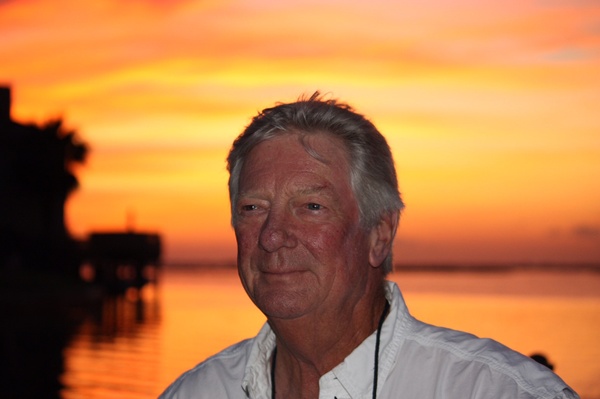 Terry W. Lutz, 77, passed away peacefully on February 9, 2022 in Kerrville, TX.  Terry lived a life that was full of many wonderful adventures that included, traveling our beautiful country,  fishing the Texas coast with his beloved wife, Susan, and hunting and fishing with his buddies.

He was born to Harold and Delores Lutz in San Antonio, TX on December 19, 1944. Terry grew up in San Antonio and graduated from Highlands High School.  He went on to The University of Texas at Austin where he earned his BBA degree.  Terry was a proud and loyal Longhorn football fan!  Upon graduation from UT Austin he began his life long career in the insurance business beginning with American General Insurance Company as a field representative.  He traveled all over central and south central Texas, making connections and promoting American General to independent insurance agents.  He went on to become a Independent Insurance broker for the next 35 years where he made many lifelong friends, both clients and co-workers. He was known to be an honest, loyal, and fair businessman that readily made friends wherever he went.  Terry spent his last few years in the insurance business with Marsh & McLennan, where he retired in 2009 to live his lifelong dream, on N Padre Island , TX, to live by the sea. He was a accomplished and avid fisherman. Terry also found great joy in visits from his boys, their wives and granddaughters, along with many boat rides and teaching them to fish.   He enjoyed life to the fullest for many years on The Island, and felt that if there was a heaven on earth,  he was living there!

Faced with failing health in the last few years, he moved to the beautiful Texas Hill Country to be closer to his children, granddaughters and family.

Terry was predeceased by his parents, Harold and Delores Lutz, and his niece  Jill Copeland.

A celebration of Terry’s life will be held at 11AM on Saturday February 19,2022 at Concordia Lutheran Church,16801 Huebner Road,  San Antonio, TX.

In lieu of floral contributions, the family requests donations be made in Terry's name to Concordia Lutheran Church or the charity of one's choice.

To order memorial trees or send flowers to the family in memory of Terry W. Lutz, please visit our flower store.
Send a Sympathy Card