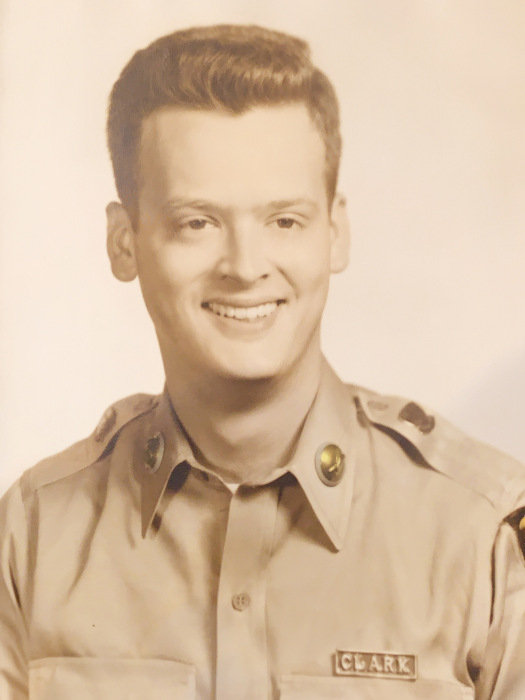 Thomas Dean Clark, 84, of Kerrville, Texas passed from this life on Monday, June 1, 2020 at a local hospital. He was born June 13, 1935 to parents, George and Cleora (Quist) Clark in Birmingham, Michigan.

Tom was the son of an Episcopal priest so his family moved often around the country with his father’s ministry. He first met his wife, Kathryn during his junior year of high school in Newport, Arkansas. Tom earned both his bachelors and graduates degree from the University of Illinois. He proudly served his country in the United States Army with the 101st Airborne Division. Upon being honorable discharged, Tom joined the Federal Civil Service , the last twenty years of his thirty year career was with the EPA before retiring in 1990. In 1991, after his mother’s passing, Tom reconnected with Newport classmate, Kathryn Graham and they married shortly after on May 21, 1991. Tom and Kathryn resided in Carrollton, Texas where they spent most of their time traveling to New Zealand, Jamaica and extensively across the United States. They moved to Lawrence, Kansas and began a ministry for Haskell Indian Nations University, where they provided food to the students every Sunday.  Tom and Kathryn were also LEMs for Trinity Episcopal Church in Lawrence, Kansas where they visited shut-ins and those in the hospital.  In September of 1998, they moved to Kerrville to be near their family. As members of St. Peter’s Episcopal Church both Tom and Kathryn served as LEMs and visited hospital patients and served at the altar.

He is preceded in death by his parents, George and Cleora Clark and brother, John Bunker Clark.

A Memorial Service will be scheduled for a later date.

To order memorial trees or send flowers to the family in memory of Thomas Clark, please visit our flower store.