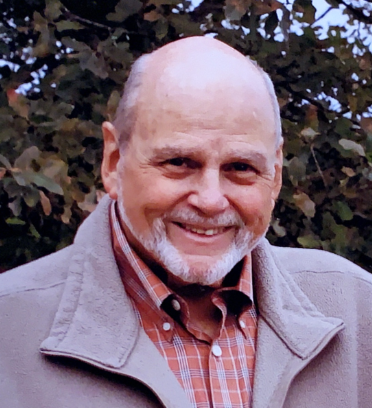 Bill was raised in Abilene, Texas and moved to Hunt, Texas after his sophomore year at Abilene High School.  He graduated from Schreiner Institute in 1959.  He attended Southwestern University where he was a member of Pi Kappa Alpha fraternity, Blue Key honor fraternity, served on the student union governing board, was a member of the social activities committee, and was a delegate to the American Association of College Unions.

After graduating from Southwestern University in 1963 with a Bachelor of Business Administration he entered Dallas Institute-Gupton Jones College of Mortuary Science in Dallas, Texas.  During his summer break in 1964 he married his college sweetheart and true love of his life, Karen Hamme, who he met on a blind date. After his graduation they moved to Abilene, Texas where he completed a two-year apprenticeship at Kiker-Warren Funeral Home before receiving his Funeral Director and Embalming license in 1966.  They moved to Kerrville where he became a partner in the Plummer-Fair Funeral Home.  Later he and Karen bought The Rose Shop, they retired from there 31 years later. In his retirement he worked as an on-call Funeral Director at Kerrville Funeral Home.

Bill spent many years in service to the community.  He was an active member of the First Presbyterian Church serving as Elder, Sunday School Superintendent and other various church committees. Bill was a member of the Kerrville Jaycees, Lancers Club and the noon Rotary Club, serving as president in 1991 and 1992.  He loved his community and served two terms each on the City Council and the Planning and Zoning Commission, was an inaugural member of the Hill Country AYSO Board and a board member of the first renovation project of the Arcadia Theater.

Bill loved the outdoors and travelling the United States and many countries around the world.  His true delight was spending time at the family property in Mountain Home, Texas caring for his donkey, Tippie, and the many goats.  He also greatly enjoyed spending time at the many annual gatherings of longtime college friends and their families.  However, his true joy in life were his children and grandchildren.

Visitation will be Wednesday, March 11, 2020 at Kerrville Funeral Home from 5 to 7 PM.  A Memorial Service will be held at First Presbyterian Church at 2PM on Thursday March 12, 2020 with Rev. Sam Junkin officiating.

Donations may be made in Bill’s name to the charity of your choice.

To order memorial trees or send flowers to the family in memory of William Fair, please visit our flower store.
Send a Sympathy Card