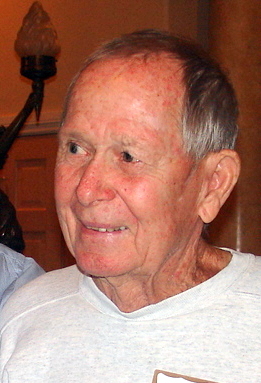 William Gail Garlitz, beloved husband, father, grandfather, and brother, was called to his Heavenly Home on March 31, 2021, as he was surrounded by loved ones.

Gail was born in Liberty, Texas, February 28, 1939, to Lula Inez Ewen and Charles Frederick Garlitz.  He grew up in Ozona, and Midland, Texas.  He attended Midland High School, then San Angelo College, and Sul Ross State University, where he received his degree in business.  In 1966, in El Paso, Texas, he began his career as the owner of Office Coffee, Inc., a new idea in the coffee service industry, which also grew to cover the vending business with Cinco Vending Co.  He served as an officer with the National Coffee Service Association and with the Texas Merchandising /Vending Association.

Kerrville has been their home since 1991.  He enjoyed raising goats, pecan trees, gardening, and fishing.  He was a member of First Presbyterian Church and a Marine Corps Reserve Veteran.

A memorial gathering will be held at a later date.

To order memorial trees or send flowers to the family in memory of William Garlitz, please visit our flower store.