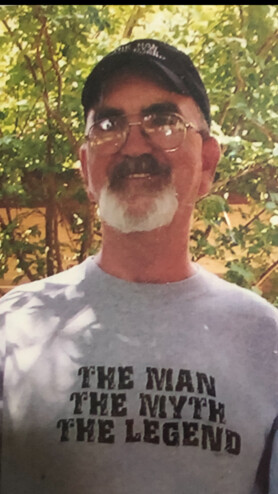 He was born on July 2, 1941 in San Antonio TX, to parents, Walter Otha and Ada Mae (Goode) Heathcock.

William grew up in San Antonio, TX and joined the Air Force at the age of 17 and served stateside and overseas, he was honorably discharged after serving 4 years.  He worked at the office of Water Superintendent in the City of Mont Bellview, where he retired.  William or “Butch” as he was known to his loved ones as was an avid card player and marksman.

He is preceded in death by his parents, Walter and Ada Mae Heathcock; brother, Kenneth Heathcock and his beloved son, John Walter Heathcock.

Those left to cherish his memory include his sister, Lavonia Dale Heathcock; grandchildren, William, Evie and Danial Heathcock; daughter in law, Sandra Heathcock; along with several cousins, nieces and nephews.

William was a wonderful father, brother, uncle and grandfather.  He will be greatly missed by all who loved and knew him.

A memorial service will be held at 11AM on Saturday, August 14, 2021 at Kerrville Funeral Home with Frank and William Trevino officiating the service.

To order memorial trees or send flowers to the family in memory of William Heathcock, please visit our flower store.