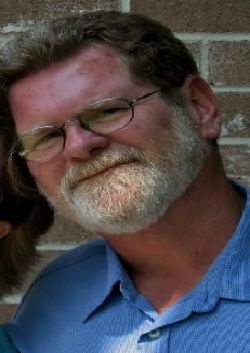 
William Ralph Jackson, age 56, passed from this life into the arms of his loving Lord on Tuesday, September 13, 2016 due to complications from a very brief battle with Stage IV Renal Cancer. Born in Yuba City, California on July 25, 1960 to R.D. "Ralph" and Barbara (Tatum) Jackson, he was the youngest son in a family of six children.
Bill graduated from Yuba City High School a semester early and joined the US Navy in 1978. He served five years as a US Navy Seabee- Petty Officer 2nd Class. Two of those years were spent in Diego Garcia and three years in Beeville, Texas, where he met his wife, Janet Louise (Thomson) Jackson. Bill & Janet were married on May 23, 1981 in Beeville. They celebrated their 35th Wedding Anniversary this year and have two precious children, Shannon (34) and Justin (31).
Upon honorable discharge from the Navy in 1983, Bill & Janet chose to make their home in Kerrville. Bill initially worked that first year for W.D. Compton in the heating and air conditioning business. In 1984 Bill went to work for Insco Distributing, Inc., an HVAC wholesaler, as an Outside Salesman/Customer Service Representative. Bill was very knowledgeable and accomplished at what he did and much loved by his peers and customers. His career with Insco lasted 32-1/2 years.
Bill was a multi-talented individual. He spent many summers on the stage at the Point Theater in his younger year, playing such parts (along with many others) as Luther Billis in South Pacific, Ali Hakam (the Peddler) in Oklahoma, and the "cat" in Pinocchio (for which he won two Pointy Awards).
He was a man of very deep faith in his Lord and Savior, Jesus Christ. He was an ordained Presbyterian Elder, as well as an ordained Pentecostal Preacher. He preached, taught, evangelized, and sang in the choir for 33 years.
Bill is predeceased by his parents and two of his brothers, Charles and Dwayne. He is survived by his wife, Janet; daughter, Shannon and her husband, Joseph Sadler: son, Justin; sisters, Shirley and Rosie; brother, John; numerous in-laws, nieces and nephews. He will be dearly missed by all.
A memorial Service will be held on Saturday, September 17, 2016, at 2:00PM at the First Christian church of Kerrville (1900 Goat Creek Road), with Rev. Bret Coe officiating. All who knew Bill are invited and welcome to attend.
The family asks that those who so desire, make memorial contributions to First Christian Church of Kerrville for the Building Debt Reduction Fund.
Arrangements are under the direction and personal care of the professionals at Kerrville Funeral Home. (830) 895-5111.