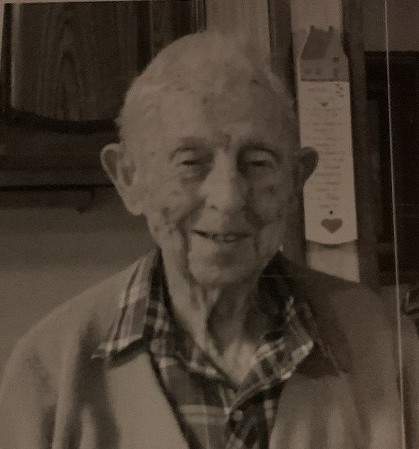 William was born to parents, Henrick and Nelle Howard Johnson on January 22, 1921 he was raised in and around Villa Rica, Georgia.. He lived in several places in Georgia and Alabama before the family settled in Harlingen, TX.

He served in Merchant Marines during WW II in the Pacific. After the war he came ashore to Galveston, TX and went to work in the maritime business, chartering tankers to transport petroleum products.

He married Jane Scheel in June 1948, living in LaMarque and Hitchcock, TX for the next 35 years, raising three children, and working for Texas City Refining in several capacities. In 1967 he was named Manager of the Marine and Transportation Department. In 1976 he joined Commonwealth Oil Co, managing domestic and international transportation of petroleum products, then he and Jane moved to San Antonio. He later formed his own property management company, managing his and his client's rentals for the next 10+ years. Upon retiring from his desk job, he and Jane moved to Kerrville, where they bought acreage so that he could fulfill his lifelong dream of having land and animals. He loved raising boer goats on the property until it was just too much for him to take care of.and recently, he had moved to Brookdale Guadalupe River Retirement Home.

Those who knew him knew he loved to tell stories about the war and his life experiences, passing on lessons to those younger than himself. He was a Master Mason of 50+ years, member of the Harmony Lodge in Galveston and a member of St. Peter's Episcopal Church in Kerrville.

William is preceded in death by his wife of 55 years, Jane.

The family wishes to thank the loving people at Brookdale Guadalupe and Peterson Hospice for their wonderful care of him.

A memorial service will be held at a later date.

To order memorial trees or send flowers to the family in memory of William Johnson, please visit our flower store.