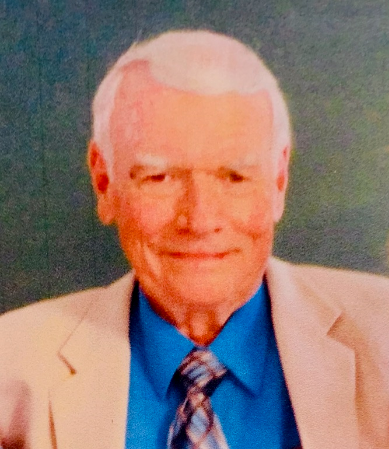 Bill was born in Kerrville on March 19, 1934 to Winnie and Charles B. Peril. He attended school in Kerrville where he was a drum major in high school playing the trombone. In the Tivy Band Hall he met Pat Johnson, a sophomore and new girl at Tivy. They met again at a friend’s wedding and married in 1957. Bill taught math for 30 years in Odessa, Texas. Bill and Pat moved back to Kerrville in 2003. He was a member of the First Presbyterian Church of Kerrville, which he attended in his youth.

Bill was preceded in death by his parents, Winnie and Charles B. Peril.

The family wishes to thank the many doctors, nurses and hospice personnel at Peterson Memorial Hospital.

To order memorial trees or send flowers to the family in memory of William "Bill" Peril, please visit our flower store.
Send a Sympathy Card