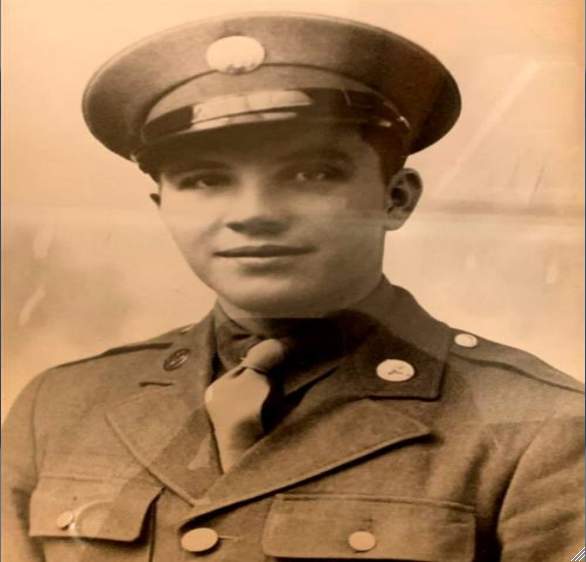 Willibald “Bill” Rheinold Schwausch, 99, who died Monday May 11, 2020 was born on August 14, 1920 in Jarrell, Texas to Gustav and Lydia Neitsch Schwausch. He grew up working the family farm, in Jarrell alongside his parents, 6 brothers and one sister.  The family’s love for the Lord was evident as God was the center of everything they did.  The family worshipped at Zion Lutheran Church, Walburg, Texas, the original church having been built by Bill’s grandfather. Bill was presented to the Lord at one week through baptism and publicly confirmed his faith on March 25, 1934 at Zion. Bill attended school at Zion Lutheran School, getting to school by horse and buggy, donkey or walking the two miles from the farm to school.

With the outbreak of World War II Bill entered the Army Air Corps. on November 11, 1942 at Dodd Field (now known as Fort Sam) San Antonio, Texas. Bill served with the 91st Air Service Squadron in Africa, Italy and Sicily as an airplane and engine mechanic.  Bill was discharged from military service on October 19, 1945 at Camp Polk, Louisiana.

On November 18, 1945 he married his longtime sweetheart Mildred Lillian Leschber. Bill and Mildred moved to Mexia, Texas where 4 of their 5 children were born. In 1953 they moved to Kerrville where their fifth child was born. Bill worked in various positions until he opened his own business, Bill’s Auto Supply, in 1968 where he and Mildred worked together until retirement.

Bill and Mildred were married for 58 years prior to her death on May 14, 2004.  He was also preceded in death by his parents, son Ralph Schwausch, daughter Gwendolyn Craft, daughter-in-law Bonnie McKinney Schwausch, his sister and six brothers.

We especially thank Janie and David Lopez and the staff of Brookdale Guadalupe Plaza for their help in caring for him. He appreciated each of you.

A graveside service will be at 1p.m. Thursday May 14 at Garden of Memories, with Pastor Dave Bass of Hosanna Lutheran officiating. The service can also be viewed live on the Facebook page of Kerrville Funeral Home.  A celebration of life is planned for August 14, 2020.

Memorial contributions may be made to Lutheran Hour Ministries (lhm.org).

To order memorial trees or send flowers to the family in memory of Willibald Schwausch, please visit our flower store.