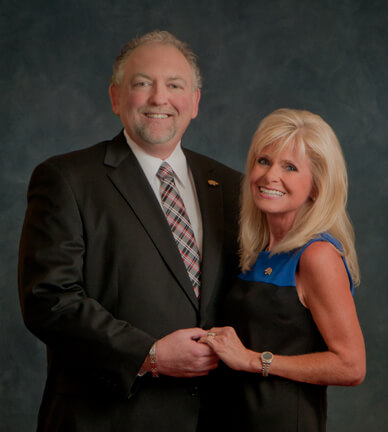 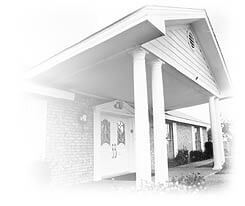 Kerrville Funeral Home was built and established in 1967 by Mr. and Mrs. Kelcy Isenburg. A five acre tract of land on the banks of the Guadalupe River along the Old Junction Highway was decided on, and construction was underway. This property was previously owned by the pioneering Starkey family. In December 1967, Kerrville Funeral Home opened its doors for business.

Gene Allen, Owner / General Manager, had a vision for the Funeral Home, and after several months of planning, on December 18, 2001, Kerrville Funeral Home once again became independently owned and operated, as the Kerrville community had supported for so many years.

In January of 2002, Kerrville Funeral Home embarked upon a very aggressive remodel throughout the entire building. After months of strife and hard work, the Funeral Home shines and serves families in ways never before imagined. View our facilities.

The leading-edge use of the Internet and technology to develop, market, and conduct business is what gave Kerrville Funeral Home the recognition and honor of being on this prestigious list. Technology has given the Funeral Home the opportunity to make offerings above and beyond the traditional services you would expect from a Funeral Home of the past. Kerrville Funeral Home now has the ability to offer their family and friends online tributes and condolences, online floral services for those who wish to order over the internet, and a private way of pre-planning for the future, just to mention a few.

Gene and Kate Allen, their family, and the entire staff at Kerrville Funeral Home takes great pride in being a part of the Kerrville community and look forward to a long and rewarding life serving the families of the Hill Country. Mr. Allen's philosophy is "families first," and he is committed in continuing to operate the business based on personal service and personal relationships in the community. Having served the community for over four decades, Kerrville Funeral Home serves each family with "dignity, pride, and honor."

The mission of Kerrville Funeral Home will be to serve every family that chooses our services with "dignity, pride, and honor." It is our pledge that we serve "one family at a time," causing them to feel and know that we see them as the most important family in the world, because they are. We are here to serve families from the entire community, not just a select few.

At Kerrville Funeral Home, we wish to preserve the tradition of Funeral Rites, while expanding the memorialization of an individual's life. By earning the position of the "Premier Funeral Home of the Hill Country," it is our objective to have the respect of the families that we serve, as well as the respect of our peers for the services that we render in such a time of need.

Serving YOUR FAMILY NEEDS
FOR OVER FOUR DECADES